Danny Ainge already offered Kevin McHale a job with the Boston Celtics, but Dan Le Batard thinks he owes him more than that.

The ESPN host talked about Ainge’s offer on “The Dan Le Batard Show” on Thursday, and he doesn’t think a job from the Celtics president of basketball operations is enough for McHale. As Le Batard sees it, Ainge owes the recently fired Houston Rockets coach big time because he traded Kevin Garnett to Boston when he was the Minnesota Timberwolves’ general manager.

“Danny Ainge says that Kevin McHale can have a job with his franchise whenever he wants,” Le Batard said Thursday. “Yeah, of course he can. He’s going to be paying the debt for the rest of his life of, ‘Yeah, you gift-wrapped me the prime of Kevin Garnett’s years. You gift-wrapped Kevin Garnett’s prime to me.’ ”

In fact, Le Batard joked Ainge owes McHale his job for the trade.

“You can have a job?” Le Batard said. “He should have your job, not a job. Right? Danny Ainge should just say, ‘Hey, never mind, I resign. McHale’s the guy.’ Gave him Garnett, which then he parlayed into everything else that came after.”

Garnett helped bring the Celtics an NBA championship in his first year with the team, and they made the playoffs every year with him after that, so Le Batard might actually have a point. 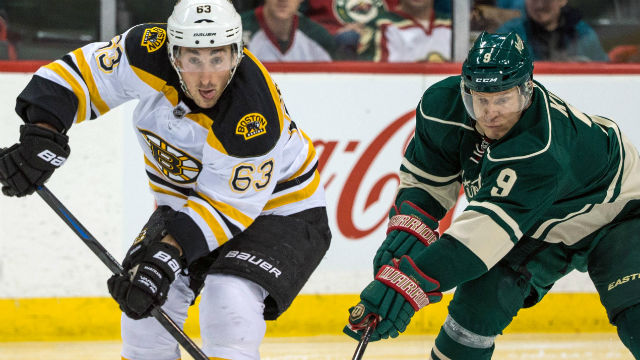