The Patriots quarterback made a brutal decision to throw deep and nearly had his pass intercepted on the opening play of a fourth-quarter drive with 1:47 left. Then he regained his composure and steadily led his team down the field before a 54-yard field goal by Stephen Gostkowski allowed the Patriots to beat the Giants 27-26 and stay undefeated.

Here are the Patriots’ players who stood out in the nail-biter.

MALCOLM BUTLER
Butler gave up a huge 87-yard touchdown to Odell Beckham Jr. on the Giants’ opening drive, but after that play, the Patriots cornerback was fantastic.

Overall, Butler allowed three catches on 10 targets to Beckham for 92 yards with one touchdown. Butler had three pass breakups on the afternoon, and he knocked the ball out of Beckham’s hands late in the fourth quarter to save a touchdown. Butler also had a bogus pass interference penalty called against him.

DANNY AMENDOLA
The Patriots slot receiver filled in admirably for injured Julian Edelman with 10 catches for 79 yards. Amendola also set up a 1-yard touchdown by LeGarrette Blount with an 82-yard punt return that likely would’ve gone for a score had Duane Harmon not run into him inside the red zone.

ROB NINKOVICH
The Patriots defensive end came up with a huge 13-yard sack early in the fourth quarter, when the Giants potentially could have put the game away with a field goal. He finished the game with four tackles.

ROB GRONOWSKI
The Patriots tight end caught five passes for 113 yards, but 76 of those came on one incredible touchdown. Gronkowski broke a tackle, then rumbled down the field for a Patriots score in the fourth quarter.

CHANDLER JONES
Jones’ strip sack in the first quarter increased his league lead, as he now has 10.5 sacks on the season. It’s the second double-digit sack season of his career (he also had 11.5 in 2013). 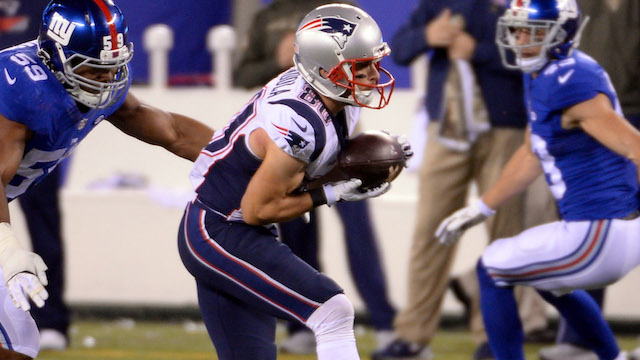 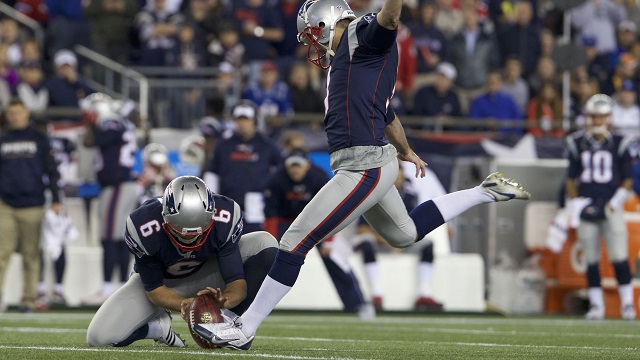