A foot injury denied the world another installment of Peyton Manning versus Tom Brady on Sunday night. But the two NFL stars still made sure to have a brief, awkward mini-reunion.

Ahead of the Patriots’ matchup with the Denver Broncos, Manning — inactive for the second consecutive game with a torn plantar fascia — hobbled out to greet the New England quarterback.

We’re not going to try to guess what Brady and Manning were talking about here (maybe Peyton’s new Nationwide commercial?) but that was a pretty awkward hug for two guys who have met 16 times over their storied NFL careers. 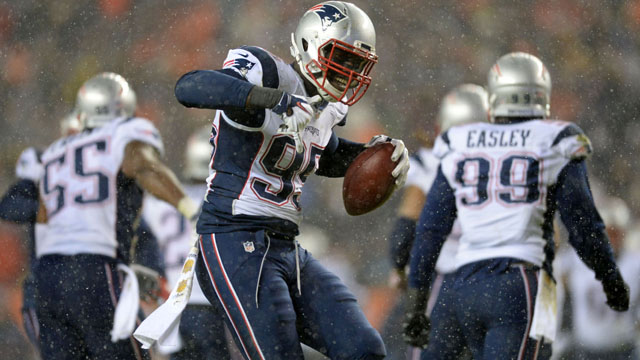