FOXBORO, Mass. — Malcolm Butler certainly hasn’t had it easy in his first year as the New England Patriots’ No. 1 cornerback.

It seems each week is a bigger challenge than the last for Butler, who already has faced off against Antonio Brown, Sammy Watkins, Allen Robinson, Eric Decker, Odell Beckham, Jr. and Emmanuel Sanders. Butler could have his biggest challenge to date Sunday night, when he’s likely to match up against Houston Texans “X” receiver DeAndre Hopkins.

Hopkins has 86 receptions on 145 targets for 1,169 yards with 10 touchdowns this season. The 6-foot-1, 218-pound wideout has been held below 100 yards and without a touchdown just three times in 12 games this season. He’s been held below 10 targets just twice, so if Butler is matched up with him, he’ll likely be targeted early and often by Texans quarterback Brian Hoyer.

“He does a lot of things well,” Belichick said. “I?d say it starts with his hands. He has great catching skills and a great catching radius. He?s averaging over 15 yards a catch — or right at 15 yards a catch, whatever it is — for his career. He?s had a ton of production, but it?s not on two-yard slant routes and stuff like that. He?s making plays down the field.

“He?s always open because he?s got the ability to catch the ball. Wherever the defender is, if the ball is thrown opposite the defender, he?s long enough and good enough to come down with a lot of tough catches. He?s long, he?s got good playing strength, quickness, can get open, but he goes up and competes for the ball and comes down with it in tight coverage a lot, so like I said, really he?s always open because he can come down with the ball. His ball skills and length are exceptional.”

Hopkins has caught just one pass behind the line of scrimmage this year, and he’s done most of his damage in the intermediate part of the field, with 38 receptions on 64 targets for 537 yards with two touchdowns. He’s also dangerous on throws over 20 yards with 13 catches on 35 targets for 365 yards with six touchdowns and no interceptions.

“He can get the deep ball, create a lot of separation,” Butler said. “He’s just an overall playmaker out there. He’s most definitely talented. …

“He’s a unique type of receiver. He’s a smooth receiver, different, but still aggressive when the ball comes to him. He’s a playmaker.”

Belichick conceded the Patriots likely will give up at least one big catch to Hopkins on Sunday night. It’s just about preventing them from becoming a normal occurrence.

“You?ve got to force players to make those plays,” Belichick said. “He makes a lot of them. Beckham makes them. Those guys make them, but you can?t give them the easy ones. If he makes a great play, good throw and a good catch, you?ve got to live with it. As soon as you try to stop those, you?re going to give up plays that are just easy plays.

The Patriots likely will try to double-team Hopkins with Butler and a safety — either Devin McCourty or Duron Harmon — over the top. The Texans’ ancillary receivers, Nate Washington and Cecil Shorts, can be handled individually by Patriots defensive backs Logan Ryan, Patrick Chung and/or Justin Coleman, which allows New England to key in on Hopkins.

Hopkins only has a 59.3 catch rate this season, and Texans quarterbacks have thrown three interceptions while targeting the No. 1 wideout, so all hope is not lost for the Patriots. Butler, who’s allowed 44 catches on 84 targets for 719 yards with six touchdowns and one interception this season, must do better than his former teammate, Darrelle Revis, however. Revis allowed four catches on six targets for 98 yards with a touchdown to Hopkins in Week 11. 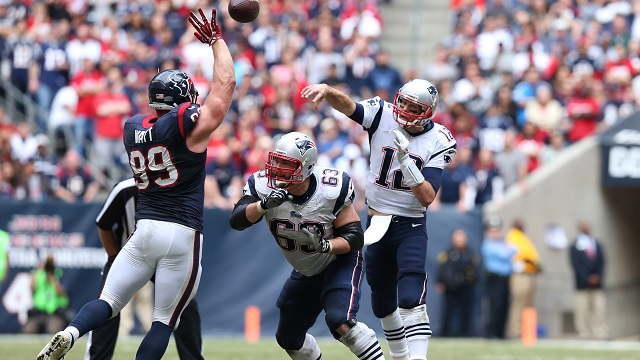 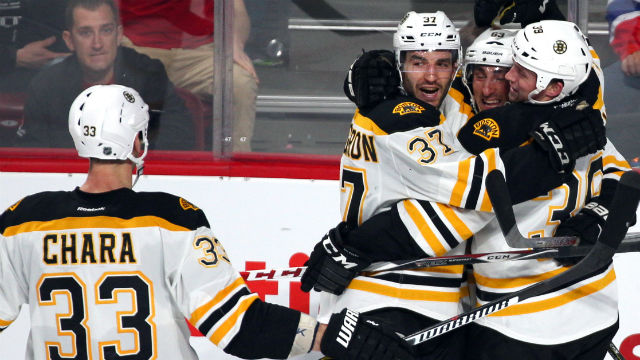