The Boston Bruins blew a third-period lead against the Philadelphia Flyers for the third time this season Monday night, but this time around, they were able to recover.

Wayne Simmonds scored twice for the Flyers to erase a two-goal deficit, but Brett Connolly tipped a shot past goaltender Michal Neuvirth with less than two minutes to play to give Boston a 3-2 win.

The victory was the fifth in six games for the Bruins, who salvaged the finale of their three-game season series with the Flyers.

IT WAS OVER WHEN…
Connolly found the back of the net with 1:54 remaining in the third period, and Tuukka Rask kept the Flyers off the board the rest of the way to seal the win.

The game-winner ended a frustrating scoring drought for the Bruins winger, who was a healthy scratch Saturday night against the Columbus Blue Jackets after managing just one goal — an empty-netter — in his previous 23 games.

Rask, who also missed Saturday’s game with an undisclosed ailment, finished with 34 saves to earn his 17th win of the season.

GOOD GOAL?
Simmonds tied the game at the 12:08 mark of the third period with his second goal of the night. Or did he?

Bruins coach Claude Julien challenged the call on the ice, arguing that Flyers defenseman Michael Del Zotto had entered the offensive zone before the puck had.

Replays appeared to prove Julien right, but the officials did not view it that way. Simmonds’ goal stood, and the Bruins’ lead was gone.

Good goal! (Or great goal, if you ask us.) #BOSvsPHI pic.twitter.com/lxWZH7ULTr

POWERING UP
The Bruins entered Monday ranked second in the NHL in power-play percentage, but they’d managed just one goal on the man advantage in their previous eight games. Their power-play unit bounced back in a big way against the Flyers, scoring on each of its first two opportunities.

Boston’s top two goal-scorers did the honors, with Patrice Bergeron tallying the first just after the five-minute mark of the first period and Brad Marchand providing the second 12 minutes later.

Stellar puck movement on the PP leads to Bergeron?s 19th goal of the season! #BOSvsPHI pic.twitter.com/yvCayYCWKC

Brad Marchand with the PPG to go up 2-0. 20 goals on the season for him. pic.twitter.com/TaRRi8TvhP

Ryan Spooner, who set up Bergeron’s goal, has 12 assists in his last 13 games.

NECK AND NECK
Bergeron and Marchand have scored 19 and 20 goals this season, respectively, putting both on pace for career highs.

Marchand, who has one goal in each of his last five games, now has scored 20 goals in five of his first six NHL seasons, with the lone exception being the lockout-shortened 2013 campaign. That season, he scored 18.

TILTING THE ICE
The Bruins led 2-0 on the scoreboard and 16-8 in shots on goal after one period, but a rash of penalties forced them to spend much of the second frame on their heels.

Boston gifted Philadelphia four power plays in the first 11 minutes of the second, and Simmonds capitalized on one to cut the Flyers’ deficit to one. The goal snapped a streak of 26 consecutive penalty kills for the Bruins, who’d allowed just two power-play goals in their previous 21 games.

The Flyers outshot the B’s 15-6 in the period but were able to put just one of those shots past Rask, who was exceptional in net.

LINEUP NOTES
Landon Ferraro and Joe Morrow sat out as Connolly and Miller returned to the lineup for the Bruins. … Spooner, a centerman by trade, played left wing on Boston’s second line after skating on the right on the top line Saturday night. … Right wing David Pastrnak moved from the second line to the third, bumping Jimmy Hayes down to the fourth.

UP NEXT
The Bruins return home Tuesday to host the Anaheim Ducks in the second half of a back-to-back. The usually formidable Ducks own a lackluster 21-18-7 record this season but have won five of their last seven games. 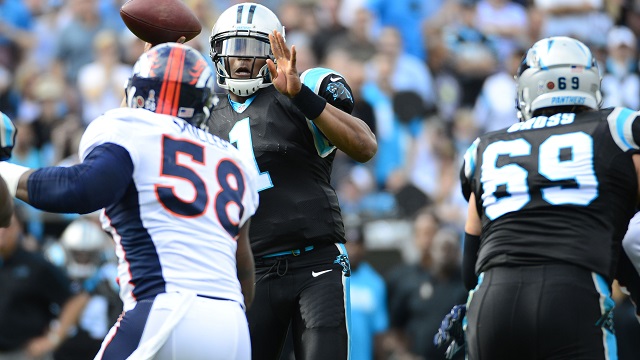 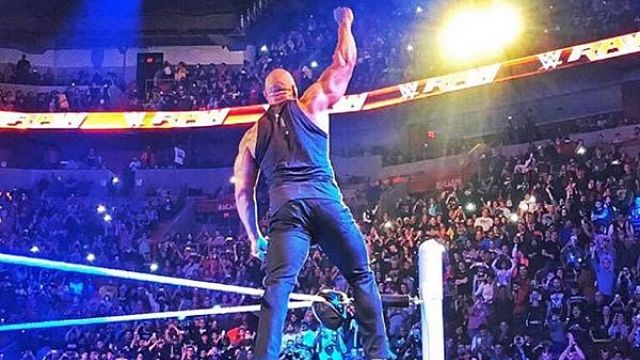 The Rock Returns To ‘Monday Night RAW’, Lays The Smack Down On New Day (Video)