Mike Condon received a special vote of confidence in enemy territory ahead of the NHL Winter Classic. He made the most of it.

The Montreal Canadiens goaltender, who’s a Holliston, Mass., native, decided to honor the New England Patriots by unveiling a special “Do Your Job” helmet that featured the likenesses of head coach Bill Belichick and quarterback Tom Brady.

Before the Canadiens took on the Boston Bruins at Gillette Stadium on Friday, the team revealed Belichick and Brady both left Condon special notes on his unique headgear.

Back on home turf, @Condibear1 even has the support of the @Patriots today. #WinterClassic #GoHabsGo pic.twitter.com/RYPDtEV2Eu

Condon evidently was inspired by the messages. With time running down in the second period, the 25-year-old absolutely robbed Boston’s Ryan Spooner with an athletic glove save.

Condon, who stopped 27 of Boston’s 28 shots in Montreal’s 5-1 win and has performed capably in place of injured starter Carey Price, was asked about rocking the special headgear after the game. Understandably, he was pretty pumped. 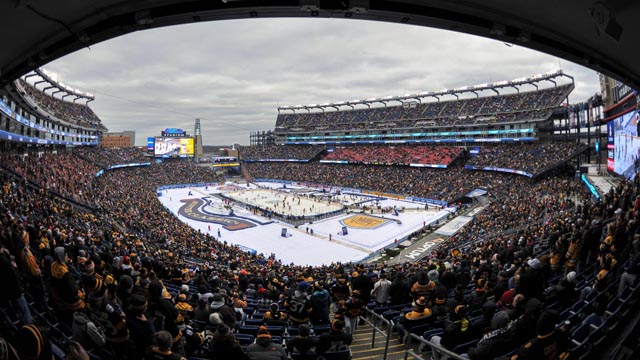