The Montreal Canadiens began the season a franchise-best 9-0-0, but since Dec. 1, they are 5-16-1 with the latest loss being a 4-1 defeat to the rival Boston Bruins on Tuesday night.

The Habs are a mess right now, and the absence of injured goalie and reigning Hart Trophy winner Carey Price isn’t the only issue. They rank 29th in shooting percentage and 30th in save percentage since the beginning of December. Basically, the Canadiens can’t buy a goal or a save.

Rask’s improved play also has helped Boston’s penalty kill, and the offense is heating up as well. The Bruins have 11 goals in the last three games, and the depth should continue to improve with young winger David Pastrnak already having returned from injury and No. 2 center David Krejci likely not far behind.

Here are this week’s NHL power rankings. All records current as of Jan. 20.

1. Washington Capitals (35-8-3, Last week: 1): The Capitals have the best record in the league and have won seven of their last 10 games. It’s business as usual in Washington.

4. Dallas Stars (29-13-5, Last week: 2): Dallas has lost a season-high four games in a row and eight of its last 10. It’s the first prolonged stretch of adversity this team has faced all season.

7. Boston Bruins (24-16-5, Last week: 13): Remember when Tuukka Rask struggled against the Canadiens? Well, he finished the season series with a .928 save percentage, including an astounding .970 mark at the Bell Centre.

8. Tampa Bay Lightning (25-17-4, Last week: 11): The Lightning have won six straight and seven of their last 10. They’re starting to look like the team that won the Eastern Conference last season.

9. Detroit Red Wings (23-14-8, Last week: 9): The Red Wings have put star rookie Dylan Larkin, who has 30 points in 44 games, on the top line alongside Pavel Datsyuk to jumpstart their offense.

The blue line also is a huge concern.

Hard to disagree with Brooksie's headline. Rangers are in deep trouble, and it starts on the blue line. pic.twitter.com/zGvNZWJrvw

12. Minnesota Wild (22-15-8, Last week: 7): The Wild have scored a total of three goals in their last four games and they lost them all. They begin a tough three-game swing through California on Wednesday night.

14. Ottawa Senators (22-18-6, Last week: 18): The Sens have won back-to-back games after being beaten by a combined score of 11-2 at Anaheim and Washington last week. Ottawa must improve defensively — 28th in GAA, 29th in penalty killing — to turn its season around.

15. Montreal Canadiens (23-20-4, Last week: 12): Should the Canadiens consider a coaching change? Well, it worked for Pittsburgh in 2008-09 when they fired Michel Therrien. He just isn’t a championship-level coach.

16. Arizona Coyotes (22-18-5, Last week: 14): The Coyotes have lost three straight games but still sit in a playoff spot because the Pacific Division is horrendous.

18. Pittsburgh Penguins (21-17-7, Last week: 17): The Penguins have lost five of their last seven, and their schedule doesn’t get any easier with matchups against Washington, New Jersey, Philly and Vancouver to close out January.

20. Carolina Hurricanes (20-19-8, Last week: 20): The Hurricanes are the best defensive team in the neutral zone, which is one reason why they’re the fifth-best puck-possession team with a 53.2 Corsi percentage.

21. Vancouver Canucks (19-17-11, Last week: 22): The loss of No. 1 center and captain Henrik Sedin because of an injury has the potential to plummet the Canucks down the standings. Young forwards such as Jake Virtanen must step up in his absence.

23. Colorado Avalanche (23-21-3, Last week: 24): Colorado’s schedule is about to get much tougher. Six of its next seven games are against teams in a playoff spot, including two matchups with Dallas. We’ll find out if the Avs are for real when this stretch concludes.

24. Anaheim Ducks (19-18-7, Last week: 19): Anaheim has gone 6-3-1 in its last 10 games. This was to be expected because the Ducks weren’t going to shoot below five percent the entire season while also controlling 53.7 percent of even-strength possession, third-best in the league.

25. Winnipeg Jets (21-22-3, Last week: 23): Winnipeg has been one of the league’s most disappointing teams and sits at the bottom of the Central Division. The Jets are just four points out of a wild card spot, though.

26. Calgary Flames (20-21-3, Last week: 26): Calgary sits at the bottom of the league in power play and penalty kill percentage. The Flames won’t return to the playoffs with special teams performing that poorly.

Based on career average shooting percentage, a lot of Leafs should have more goals right now. Kadri at top of list. pic.twitter.com/ISrTLLGfeq

29. Buffalo Sabres (15-21-4, Last week: 29): It’s been a long season in Buffalo, but No. 2 overall draft pick Jack Eichel is having a tremendous rookie campaign. He ranks fourth in points, tied for second in goals and first in shots on goal among rookies. 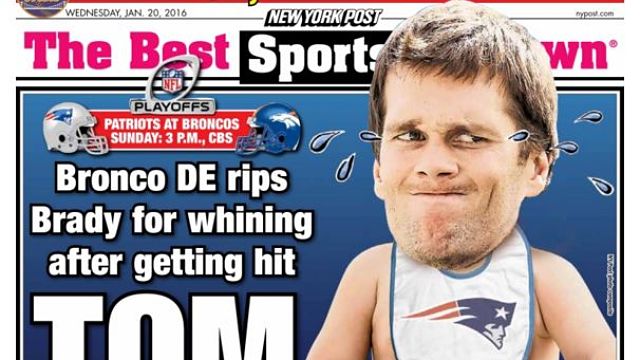 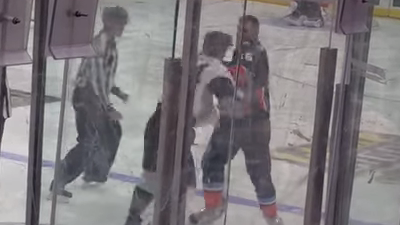