Kansas is the top dog.

The Jayhawks earned the No. 1 overall seed in the 2016 NCAA Tournament and will enter as the favorites to cut down the nets in Houston. The road to championship glory won’t be easy to navigate, though, especially with everyone gunning for Bill Self’s bunch.

Several teams in the South region of this year’s tournament bracket — the region occupied by Kansas — are formidable. It should make for some tight action, with several upsets possible, if not likely.

Here’s how one man sees the South region shaking out.

FIRST ROUND
No. 1 Kansas over No. 16 Austin Peay
Good for Austin Peay becoming the lowest-ever seed to win the Ohio Valley conference tournament. The team?s jubilation won?t last long, though, as top-seeded Kansas will dominate in this matchup.

No. 9 UConn over No. 8 Colorado
Colorado?s superior rebounding could be problematic for the Huskies, who saw their season flash before their eyes before Jalen Adams hit a miracle 3-pointer in Friday?s win over Cincinnati. But it?s simply too hard to bet against UConn in March in an otherwise even matchup. Expect the Huskies to ride their momentum for at least one more game, setting up a second-round date with the Jayhawks.

No. 4 California over No. 13 Hawaii
Cal?s defense will be too much for the Rainbow Warriors to overcome.

No. 11 Wichita State/Vanderbilt over No. 6 Arizona
Arizona will be tested regardless of whether it faces Wichita State or Vanderbilt. The thought here is Wichita State will use its defensive aptitude and its experience to earn a victory over Vanderbilt before upsetting Arizona for those same reasons.

No. 3 Miami over No. 14 Buffalo
Buffalo failed to make any sort of statement in its matchups against good opponents this season. Miami?s experience — three seniors and two juniors in the starting lineup — will be instrumental in the Hurricanes? win.

No. 7 Iowa over No. 10 Temple
Iowa lost five of its final seven regular-season games before dropping its Big Ten conference tournament opener to Illinois. But even though the Hawkeyes are spinning their wheels, the talent is there to take care of Temple, which enters the tournament with a generous seed.

No. 2 Villanova over No. 15 UNC Asheville
Villanova has a knack for choking. Just don?t expect it to come too early this year.

SECOND ROUND
No. 1 Kansas over No. 9 UConn
UConn?s March magic is undeniable, but Kansas hasn?t lost since Jan. 25 — a stretch of 14 games — and the Huskies have flaws that can be exposed against top-notch competition.

No. 4 California over No. 5 Maryland
Maryland point guard Melo Trimble has the potential to take over the tournament, but Cal?s duo of center Ivan Rabb and forward Jaylen Brown have ?lottery pick? written all over them. The Terrapins? inconsistency will catch up with them on the big stage.

No. 11 Wichita State over No. 3 Miami
Wichita State?s defense ranks first in the nation, according to KenPom.com?s adjusted defensive efficiency rating, allowing 89.9 points per 100 possessions. Miami has the offensive firepower — 12th in adjusted offensive efficiency — to combat such, but don?t underestimate the combination of Fred VanVleet and Ron Baker (two remaining members of the Shockers? 2013 Final Four run).

No. 7 Iowa over No. 2 Villanova
Iowa?s late-season collapse isn?t ideal — in fact, it?s a cause for concern — but the talent still is there. Senior forward Jarrod Uthoff is the type of player who could push the Hawkeyes to an upset win. ? Oh yeah, and Villanova knows a thing or two about crumbling under pressure early in the tournament.

SWEET 16
No. 1 Kansas over No. 4 California
This is a tempting upset pick given Cal?s NBA-bound dynamic duo (Rabb and Brown). Kansas can beat teams in so many ways, though, and its own star-studded cast, which includes the likes of Perry Ellis and Wayne Selden Jr., should be too much for the Golden Bears to handle.

No. 7 Iowa over No. 11 Wichita State
Iowa looked like one of the best teams in the country — maybe the best — earlier this season. Wichita State will be a tough team for anyone to beat, but Iowa has the talent to go deep in the tournament if the shots start to fall.

ELITE EIGHT
No. 1 Kansas over No. 7 Iowa
Kansas is the tournament?s top overall seed and looks like the best team in college basketball. Self?s squad ranks in the top 10 in both adjusted offensive efficiency and adjusted defensive efficiency, according to KenPom.com. If anyone knocks off the Jayhawks, it won?t happen before the Final Four. 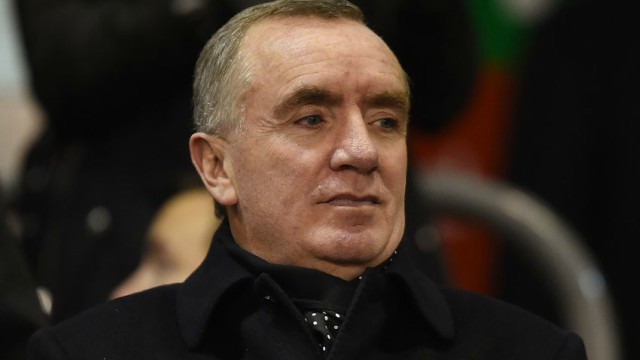 LFC CEO Ian Ayre To Step Down In May 2017; Successor Search To Begin Soon 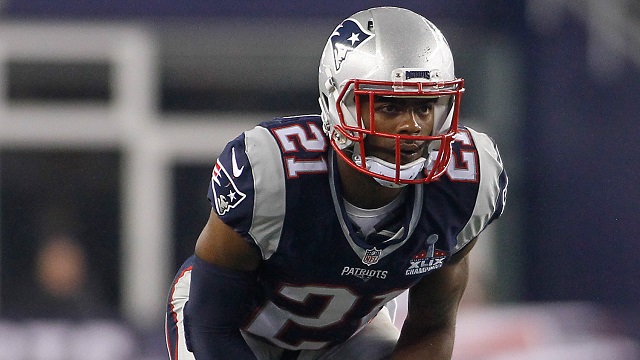