The Red Sox engaged in a low-scoring defensive battle with the Chicago White Sox at U.S. Cellular Field, but the White Sox pushed across two runs in the eighth inning on Jose Abreu’s RBI double to emerge with a 4-1 win.

Boston tallied just four hits and wasted another solid start from knuckleballer Steven Wright, who earned a no-decision to stay at 2-2 despite sporting a 1.37 ERA. White Sox starter Jose Quintana earned the victory, going eight strong innings to help his club improve to an American League-best 19-8.

GAME IN A WORD
Unlucky.

The Red Sox’s offensive struggles weren’t for lack of trying, as they hit the ball hard several times throughout the night. But some timely defense and good placement from Chicago helped keep Boston’s bats quiet.

IT WAS OVER WHEN…
Abreu ripped a two-run double to left field in the eighth inning.

The White Sox held a slim one-run lead entering the eighth, but Adam Eaton and Jimmy Rollins started the inning with a bunt base hit and a walk, respectively. That set the table for Abreu’s bases-clearing backbreaker, which gave Chicago a three-run lead.

ON THE BUMP
— Wright put together a solid start for the fifth time in five outings. The right-handed knuckleballer allowed two runs on just three hits over six innings and struck out six batters. Wright did issue four walks, and his control got him in trouble in the third inning, when he walked the bases loaded and allowed a run to score on Todd Frazier’s RBI groundout.

— Carson Smith dazzled in his much-anticipated Red Sox debut. The newly-acquired reliever needed just nine pitches to set Chicago down in order in the seventh inning and struck out Austin Jackson looking to end the frame.

— Junichi Tazawa had a rocky appearance in the eighth, allowing Eaton and Rollins to reach before surrendering a two-run double to Abreu that broke the game open. An overturned call at first base on a Melky Cabrera ground-out helped him earn his only out before he was relieved by Matt Barnes.

— Barnes walked Brett Lawrie to load the bases, but recorded a strikeout and induced a fly out to escape the eighth-inning jam.

IN THE BATTER’S BOX
— Quintana cruised through the first three innings before Dustin Pedroia ended his no-hit bid with a fourth-inning single.

— Boston was victimized by some good defense early on, as Jackson robbed David Ortiz in the second inning and Eaton made a leaping catch on a Jackie Bradley Jr. scorcher in the third.

— Hanley Ramirez finally got the Red Sox on the board in the fifth by crushing an opposite-field home run. It was just his second homer of the season.

— Bradley went 1-for-3 to extend his hitting streak to a career-high nine games.

— Xander Bogaerts had the Red Sox’s only other hit, a lead-off single in the seventh. He finished 1-for-4 with a strikeout.

— It was a rough night for Boston’s No. 6 through No. 8 hitters, as Travis Shaw, Chris Young and Ryan Hanigan went a combined 0-for-9.

Only Clay Buchholz has gotten less run support among @RedSox starters this season than Steven Wright, who, at best, can get a no decision.

UP NEXT
Clay Buchholz will look to put a rough April behind him Wednesday night when he gets the start against the White Sox in the middle game of their series. Chicago will counter with another left-hander in Carlos Rodon. First pitch at U.S. Cellular Field is scheduled for 8:10 p.m. ET. 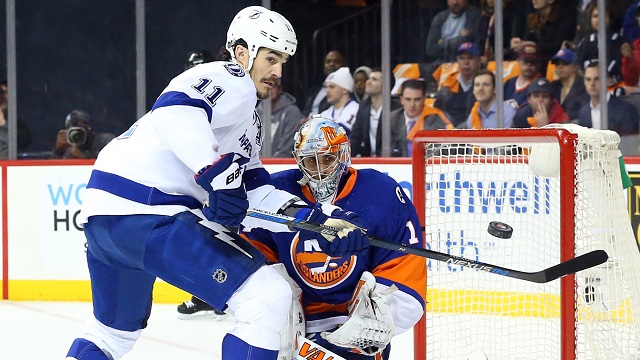 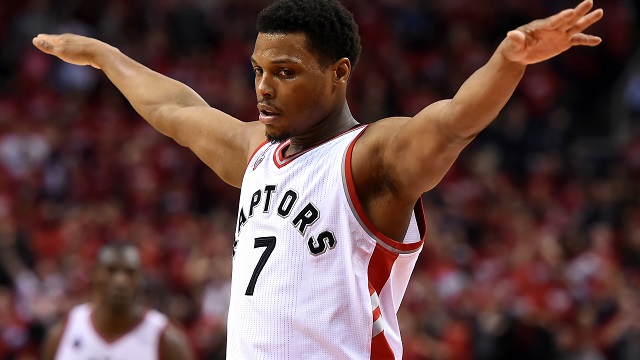 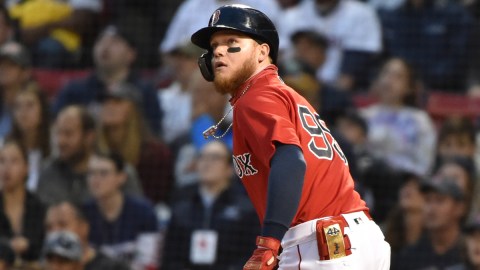