Garoppolo went just 9 of 15 for 57 yards against a stout Carolina Panthers defense. He started, then came out for four series as Tom Brady replaced him, then was reinserted into the game, which the Patriots won 19-17.

It’s worth noting Garoppolo still didn’t have his full arsenal of weapons. But this could be a wakeup call for Garoppolo after two impressive performances to begin the preseason.

Here’s who stood out in the Patriots’ third preseason win.

CB LOGAN RYAN
Ryan excelled in his first preseason game of the summer. He allowed just one 9-yard catch on five targets with an interception. He also drew an offensive pass interference penalty.

CB CYRUS JONES
The rookie was solid in coverage, allowing two receptions for 23 yards on three targets. His real contribution came on special teams, however. He gained 85 yards on three punt returns, including a 60-yarder.

Jones spent a lot of time in the slot and is fighting with Justin Coleman for the No. 3 cornerback role.

WR CHRIS HOGAN
It appears the Hogan-Brady connection doesn’t need much work before the fifth week of the regular season, when the starting QB returns from a four-game suspension.

Brady hit Hogan on a 33-yard touchdown pass. Hogan had five catches on six targets for 62 yards with a touchdown on the night.

DE TREY FLOWERS
Flowers continues to shine as a starting right defensive end. He led the team with six tackles and had his third straight preseason game with a sack.

If Flowers has to start to begin the season, since Jabaal Sheard, Rob Ninkovich and Shea McClellin are banged up, the Patriots look like they’ll be in good shape.

QB JACOBY BRISSETT
Brissett was perfect, going 9 of 9 after taking over for Jimmy Garoppolo in the third quarter. He hooked up with DeAndre Carter for a 12-yard touchdown. He also had the benefit of throwing to running back D.J. Foster.

RB D.J. FOSTER
The undrafted rookie flashed in limited snaps against the Panthers’ reserves. He carried the ball three times for 13 yards and had three catches for 33 yards.

It will be fascinating what the Patriots will do with Foster at cut downs. He might be worth keeping, if only because they might not be able to sneak him onto the practice squad. 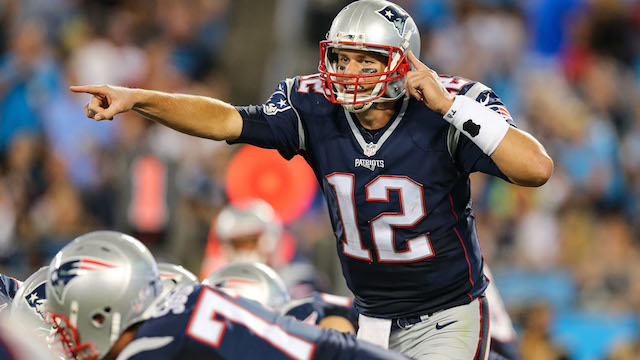 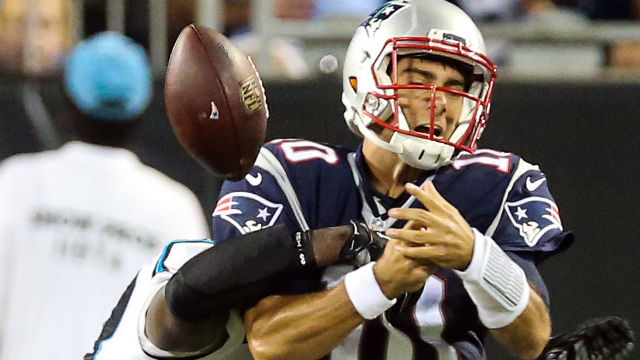 As Tom Brady Debuts, Jimmy Garoppolo Shows He Still Has Ways To Go