Final, 2-0 USA: The referee blows the final whistle. USA begins its Olympic journey with a win.

Lloyd and Morgan scored early goals in each half to give Team USA a convincing 2-0 victory over New Zealand. Team USA assumes first place in Group G, and its impressive Olympic winning streak continues.

The U.S. will play France on Saturday in the second game of the preliminary round. New Zealand will play Colombia on Sunday in the other Group G game.

90th minute, 2-0 USA: There will be four minutes of added time in the second half.

89th minute, 2-0 USA: Dunn dribbles past a defender on the right side of New Zealand’s penalty area and crosses into the goal-mouth, but Nalyer and a defender prevent it from reaching Press.

63rd minute, 2-0 USA: The crowd is booing Solo every time she touches the ball. Here’s one theory as to why.

Everyone seems to think this is the source of the boos: https://t.co/JFW6y0IuhE Apparently Brazilians didn't appreciate it?

58th minute, 2-0 USA: New Zealand remains pinned in its own half, as the U.S. continues to dominate possession.

Morgan Brian played Morgan into the New Zealand penalty area with a well-weighted through-ball. Morgan controlled the ball and shot past Nayler at the near post.

Halftime, 1-0 USA: The first half ends with Team USA leading by one goal.

45th minute, 1-0 USA: There will be one minute of added time in the first half.

42nd minute, 1-0 USA: New Zealand is increasing its share of possession and territory in the closing stage of the first half, but the Ferns are unable to cap their good spell with goal-scoring chances.

37th minute, 1-0 USA: A wave is doing the rounds at the Estadio Mineirao, as the teams play out the final minutes of the first half.

USA remains ahead on the score-line and on balance of play, but the game has seen precious few scoring chances so far.

30th minute, 1-0 USA: The first half hour of Team USA’s Olympic journey has gone as expected. The Americans lead by a goal and have the game under full control.

24th minute, 1-0 USA: Pugh is back on the field. Her attempted cross deflects out for a corner kick.

22nd minute, 1-0 USA: Pugh leaves the field with an apparent injury. The teenage U.S. attacker is receiving treatment on the sidelines.

18th minute, 1-0 USA: The referee shows a yellow card to New Zealand’s Betsy Hassett for a reckless tackle on Heath.

16th minute, 1-0 USA: Lloyd’s goal seems to have sparked Team USA’s pursuit of another. Its passing tempo has increased, forcing New Zealand deeper into its own half.

That feeling when you score your country's first goal of the #Olympics pic.twitter.com/cpTi1Aakhk

Tobin Heath crossed into the New Zealand penalty area, and Lloyd headed the accurate delivery inside of the near post.

.@CarliLloyd now with 89 international goals and hit double figures with 10 in 2016. pic.twitter.com/Dp7sJbssAe

Team USA is off and running in Brazil, thanks to Lloyd, who apppears to be carrying her major-tournament form into the Olympics in 2016.

Third minute, 0-0: As expected, the U.S. has pushed the game into New Zealand’s half, controlling the tempo of the early minutes by a large margin.

Pregame: U.S. head coach Jill Ellis makes one eyebrow-raising decision in choosing Mallory Pugh, 18, to start as the right-sided forward over Crystal Dunn. Pugh is the youngest of Team USA’s 11 Olympic debutantes. We’ll see if the pressure of the occasion fazes her in any way.

Alex Morgan starts at center forward. She leads Team USA in goal-scoring in 2016 with 11 in 15 games.

Here is the starting lineup for the #USWNT's #Rio2016 opener against New Zealand. LIVE: https://t.co/fOOhqA9h5k pic.twitter.com/fm0jxxRcLM

The U.S. faces New Zealand on Wednesday at the Estadio Mineirao in Belo Horizonte, Brazil, in the teams’ preliminary round opener. The stadium sits 215 miles north of Rio — a fitting representation of the long journey Team USA faces in its effort to win an unprecedented fourth consecutive gold medal.

The teams are familiar with one another, having met 13 times since 1987. The U.S. won all but two of those games, including victories in pool play at the 2008 Olympics and in the quarterfinals at the 2012 Olympics. Team USA beat New Zealand 4-0 on April 4, 2015 in the most recent meeting.

The United States undoubtedly is the favorite to win this contest. It has won 14 and drawn one of the 15 games it has played in 2016 — a year that follows one in which it won the FIFA Women’s World Cup.

USA-New Zealand kicks off at 6 p.m. Join us right here for all the action from Belo Horizonte. 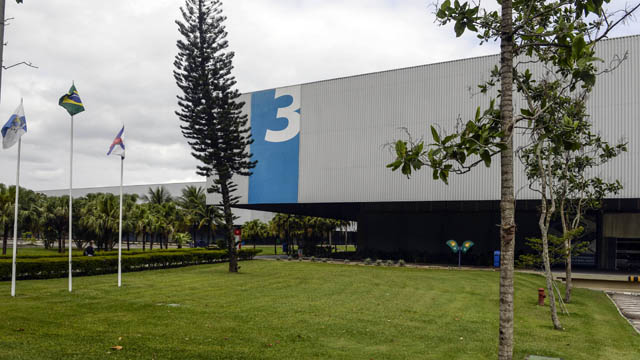 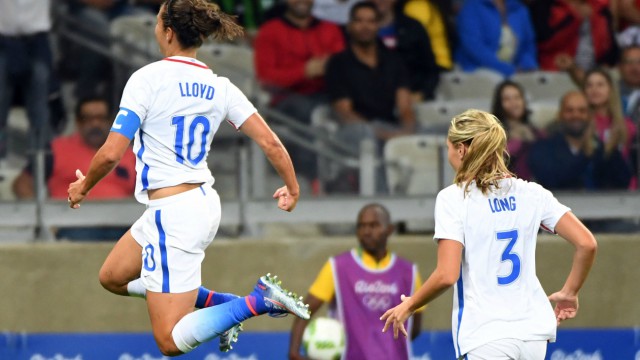