The New England Patriots will without their potential Hall of Fame quarterback for the first month of the NFL season. Bruce Arians knows how that feels.

Arians, the head coach of the Patriots’ Week 1 opponent, the Arizona Cardinals, was the Pittsburgh Steelers’ offense coordinator when quarterback Ben Roethlisberger was suspended for the first four games of the 2010 campaign for violating the NFL’s personal conduct policy.

Just as the Patriots will do this season with Jimmy Garoppolo, the Steelers turned to a relatively untested third-year pro to fill their QB void.

?We started a very young player in Dennis Dixon, and it was more of a game management situation,” Arians recalled Wednesday in a conference call with reporters. “We had a great defense and a good kicking game and scratched some points out offensively.”

Dixon piloted Pittsburgh to a 15-9 overtime win over the Atlanta Falcons in Week 1 — a game that featured six field goals in regulation and a 50-yard touchdown run in OT. Then came another curveball: Dixon went down with a knee sprain in Week 2.

“We win a game in overtime, and then (Dixon) gets hurt,” Arians said. “Byron Leftwich had already broken his leg (in the preseason), so Charlie Batch came in, and we were fortunate to have another veteran. Charlie led us to a couple wins, and we ended up going 3-1, I think. And then Ben came back and was ready to roll.?

And roll the Steelers did. They went 9-3 with Big Ben at the helm and knocked off the Baltimore Ravens and New York Jets in the playoffs before falling to Aaron Rodgers and the Green Bay Packers in Super Bowl XLV.

Pittsburgh’s early success that season proved a defensively sound team — like this year’s Patriots appear to be — can stay afloat and even thrive for a time without its starting quarterback.

One notable difference, though: The Steelers had an experienced third-stringer in Batch to turn to when their young backup went down. If Garoppolo were to suffer the same fate during these first four games, it would be up to rookie Jacoby Brissett to guide the Patriots until Tom Brady’s Deflategate suspension expires. 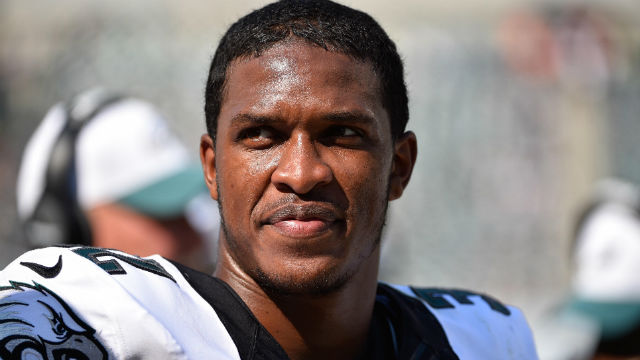 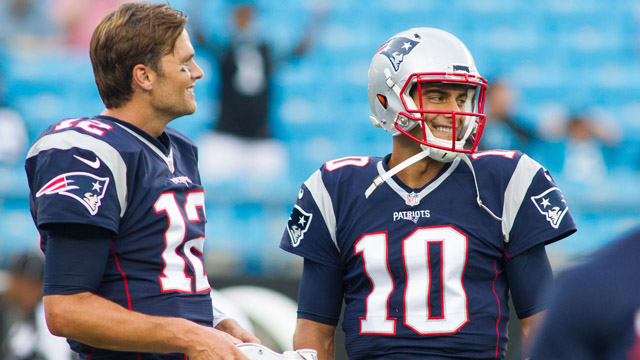 Jimmy Garoppolo: ‘Smoother Operation’ With Tom Brady Away From Patriots