For a game between two teams located 3,042 miles apart who play infrequently, Sunday night’s matchup between the New England Patriots and Seattle Seahawks might be the most highly anticipated of the 2016 NFL season. And it couldn’t come at a better time.

This showdown obviously is the rematch of Super Bowl XLIX, when the Patriots beat the Seahawks 28-24 at University of Phoenix Stadium. Because of that, many forget about the “U MAD BRO?” game, which started the rivalry between these two teams, that occurred in Seattle four years ago.

Sunday night’s game also will mark the first time Pete Carroll has coached in Foxboro, Mass., since he led the Patriots to victory over the Baltimore Ravens on Jan. 3, 2000. Carroll was fired, Bill Belichick was hired, Tom Brady was drafted, and the state of the Patriots was changed forever before the 2000 season even began.

Any matchup between these two teams also holds special meaning for a certain NESN.com Patriots reporter who was born in the suburbs of Seattle and moved to Massachusetts during the Carroll era.

Before the Patriots take on the Seahawks, watch above and read below for this week’s mailbag.

@DougKyed what do you predict that match ups will be for our DBs and their WR
— @therealBradyW
The Patriots have two options: They either can play sides with their cornerbacks or have them shadow the Seahawks’ receivers.

If they play sides, I expect Malcolm Butler and Logan Ryan to be the starting cornerbacks with Justin Coleman in the slot. The Patriots could also use Butler and Ryan in the base defense and have Eric Rowe play outside in nickel, moving Ryan into the slot.

If they shadow, Butler matches up best with Doug Baldwin, Ryan matches up well with Jermaine Kearse, and Coleman could take on Tyler Lockett. The issue with shadowing is it’s not in the Patriots’ best interest to have Butler cover Baldwin when the Seahawks’ receiver moves into the slot.

Overall, I think the Patriots’ cornerbacks match up well with the Seahawks’ receivers as long as Seattle doesn’t sign Chris Matthews before Sunday (which they probably should). As usual, however, Bill Belichick won’t hesitate to pull a cornerback if he begins struggling.

@DougKyed how do you think the Legion of Boom will line-up against our receivers and tight ends?
— @bryan_2712
I think the Seahawks definitely play sides, as is typically the case. The Patriots don’t have a Julio Jones-esque wide receiver for Sherman to follow around the field.

That means the Patriots can throw whatever receiver they want on Sherman’s side. We could see anyone from Julian Edelman to James Develin lined up against Sherman. I wouldn’t put it past Belichick from throwing Cameron Fleming out on Sherman’s side of the field.

@DougKyed Who takes the 3rd LB role now that Collins is a Brown? What’s the ceiling/floor for the LB corps? #MailDoug #Kyed2016
— @TeamCrazyMatt
The Patriots don’t really use a third linebacker in their base defense. They line up either Rob Ninkovich or Shea McClellin in the strong-side linebacker role. So, in the base defense, it would be Dont’a Hightower, Elandon Roberts and either Ninkovich or McClellin.

I wouldn’t be surprised if Hightower is the only real linebacker on the field Sunday night against the Seahawks in nickel. The Seahawks’ offense has been terrible at running the ball lately, so the Patriots could use a six-defensive back dime defense (three cornerbacks, three safeties) against three-receiver sets with Patrick Chung lining up against tight end Jimmy Graham in a pseudo-linebacker role. Chung likely won’t be solely responsible for Graham. Either Devin McCourty or Duron Harmon would bracket him over the top.

@DougKyed Biggest under-the-radar key performer who will emerge in the rest of the season and the playoffs?
— @BOwens31
Maybe either Barkevious Mingo or Cyrus Jones? Neither has contributed much on defense and could see an uptick in snaps during the second half.

I think Mingo could make an impact in coverage and as a blitzer. And I think Jones could regain the trust of the Patriots’ coaching staff at some point and at least make an impact on special teams.

I think Ryan, Jabaal Sheard, Trey Flowers, Julian Edelman and Shaq Mason could improve their play in the second half, giving the Patriots a boost.

@DougKyed is Bennett the most unique personality to be in the locker room?How would you rank the top 5 Pats personalities since covering em?
— @realnesportsfan
Great question.

The top five, in no particular order, would be Martellus Bennett, Julian Edelman, Tommy Kelly, Aqib Talib and I don’t know who would be the fifth. Rob Gronkowski is one of a kind. So too were Ross Ventrone, Don Jones, Anthony Johnson, Bryan Stork (for a different reason) and Stevan Ridley.

@DougKyed will we see Lewis this Sunday?
— @TBisTheGoat
It seems so. Otherwise, I don’t know why the Patriots would release Tyler Gaffney on Thursday with the intention of activating Dion Lewis on Saturday. The Patriots could have waited until next week to activate Lewis, giving Gaffney another week on the 53-man roster.

@DougKyed Can Dion Lewis become that X factor for the Patriots down the stretch?
— @Marcedes17
Absolutely. I keep referring to him as a turbo button for the Patriots’ offense. The offense is already high-powered and dominant. Throw in Lewis, and they could be unstoppable because of his versatility and the unpredictability he adds.

I’d temper expectations for Lewis early, though. His first few games will be as much about knocking off rust as anything else. The Patriots should use the final eight games to get him back up to speed before fully utilizing that turbo button for the playoffs.

@DougKyed who is your favorite player to talk to in the locker room? #maildoug
— @MikalCopeland
Edelman complimented my new haircut Thursday, so I’ll go with him.

Will @ZackCoxNESN ever give me back my iPhone charger? #MailDoug
— @Cam_McDonough
I think he will. Unless I steal it from him.

@DougKyed Only allowed 1 topping on pizza, what would it be
— @rankjas
Bacon.

@DougKyed If you could see ONE band from the past perform live, who would it be? #MailDoug
— @ELeBoeuf
I don’t have an obvious answer to this question, but I’d really like to see Tom Waits and the reunited Misfits.

@DougKyed can you dance like Von Miller in the Madden commercial?
— @greenleaf_chris
Looking at me, you’d think so. But surprisingly, no.

@DougKyed you’re my hero. Can I be you? #MailDoug
— @achappy09
Sure, just watch Thursday Night Football, wear sweat pants, eat a Reese’s tree and listen to a cover from a Christmas movie in November.

@DougKyed Do you like having the blue check mark next to your name? #Dope
— @AWash013
It really gives me a sense of self worth, so yes.

@DougKyed If Rex gets fired and Matt Patricia gets a HC job somewhere else does Belichick hire Rex as his new DC? #MailDoug
— @PlanetWalter
If Leonardo DiCaprio passes on a role, do you think Martin Scorsese casts Adam Sandler?

@DougKyed if the pats secure home field with 2 weeks left in reg season , would they sit Brady or play him so he can have a shot at MVP
— @Davidsimon5454
They wouldn’t sit him entirely, but being pulled in the second half could cost him a chance at the MVP. Belichick wouldn’t hesitate to do that. Individual awards don’t mean much in Foxboro.

@DougKyed With the Seahawks weak o-line, will we see what the Pats’ pass rush can do, or will they be containing Wilson? #MailDoug
— @natealmeida
I think it depends on how well Russell Wilson is moving early in the game. If he looks like a rushing threat, the Patriots’ defense will play conservatively. If he still looks hobbled, they should pin their ears back and rush. 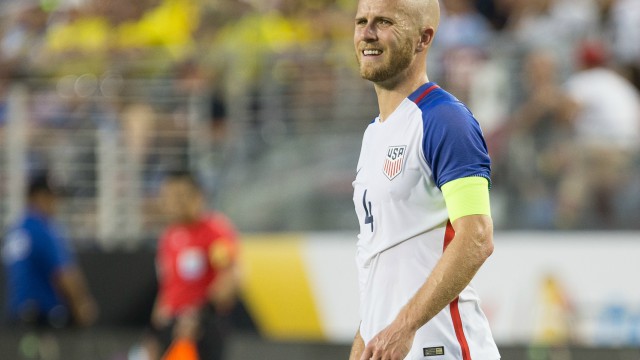 USA Vs. Mexico Preview: Why This 2018 World Cup Qualifier Is So Important 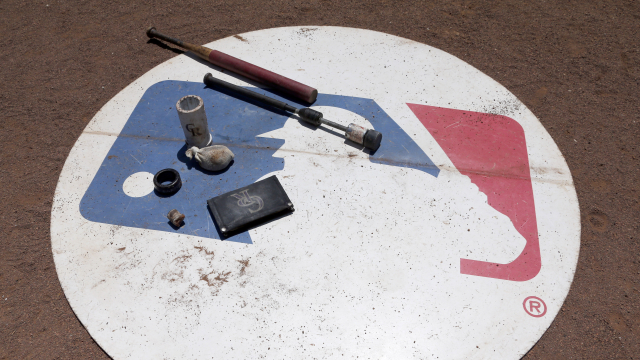 MLB Offseason: Random Thoughts On All 30 Teams Before Hot Stove Heats Up