Here's Why The Texans Are One Of The Worst Playoff Teams In NFL History - NESN.com Skip to content

Every year, at least one team’s appearance in the NFL playoffs makes us scratch our heads. (Remember when the 7-9 Seattle Seahawks made it in 2010?) But this year’s “head-scratcher” might take the cake.

The Houston Texans are hosting an AFC Wild Card Game on Saturday against the Oakland Raiders, as their 9-7 record was enough to win the putrid AFC South. Thanks to the Detroit Lions, the Texans aren’t the only 9-7 team still playing. But a closer look at Houston’s 2016 campaign reveals it just might be one of the worst NFL playoff teams ever.

First things first: Teams with worse records have made the postseason. Six 8-8 clubs have qualified for the playoffs, while two squads with losing records — the Seahawks in 2010 and the 7-8-1 Carolina Panthers in 2014 — earned playoff bids.

The Texans, however, “distinguished” themselves this season with a -49 point differential. Only six playoff teams in NFL history have managed a worse point differential, the most recent being the 8-8 Denver Broncos in 2011.

Houston, mind you, played in the worst division in football this season, and six of their nine wins came against teams with records of .500 or worse.

The Texans do have one thing going for them: Their defense allowed the fewest yards per game (301.3) and the 11th-fewest points per game (20.5) this season. But their offense is historically bad. Houston scored just 25 touchdowns this year, the fewest by any playoff team in a 16-game season. (For context: Tom Brady threw 28 touchdown passes despite missing a quarter of the season.)

The Texans might not be the worst playoff team ever — 2010 Seahawks had a whopping -97 point differential — but they’re certainly on the short list. Still, there’s hope for Brock Osweiler and Co., as the Raiders are down to their third-string quarterback in rookie Connor Cook after both Derek Carr and Matt McGloin suffered injuries. 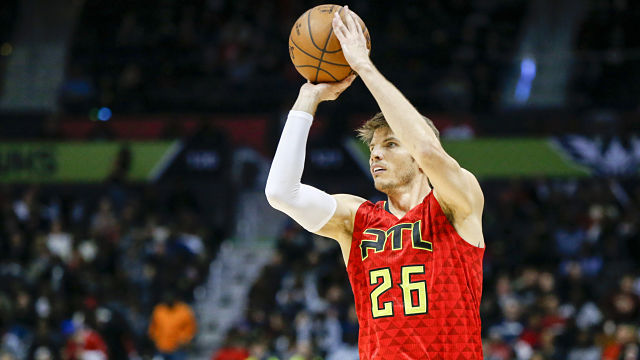 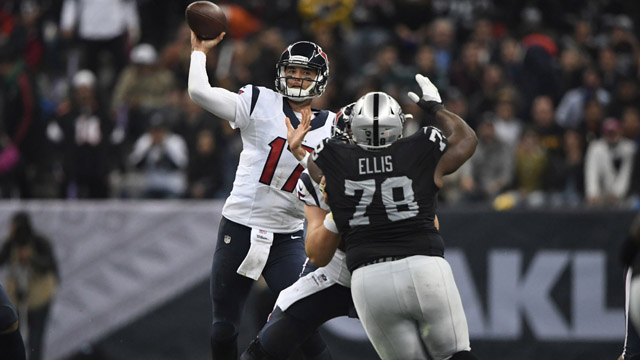