Butler successfully transitioned from unlikely Super Bowl hero to one of the best cornerbacks in the NFL. He was named to the Pro Bowl in 2015 and earned a second-team All-Pro nod in 2016 thanks to some dominant stretches with four interceptions this summer. Still, Butler had issues at times in 2016, like when he allowed over 130 yards to the Dolphins in Week 2 and over 100 yards and two touchdowns to the New York Jets in Week 12. Butler locked down the majority of his opponents this season, however.

Butler will face off against Pittsburgh Steelers wide receiver Antonio Brown for the third time in two seasons in the AFC Championship Game on Sunday. Butler has had varying degrees of success against Brown in his previous two matchups. Brown has racked up over 200 receiving yards and a touchdown in those games, but Butler also has an interception over the the receiver.

In front of a national audience with high stakes and a brewing rivalry between the two players, shutting down Brown could move Butler into the undisputed elite echelon of NFL cornerbacks. Another performance in which Butler allows big plays to Brown would show that perhaps he doesn’t yet belong in that category with the Richard Shermans, Aqib Talibs and Chris Harrises of the league.

Butler is downplaying the matchup.

“Just gotta be ready to play,” Butler said Wednesday. “Can’t let anything get to you, just gotta go out there and play football. That’s what I’m going to do. It is what it is.”

Butler shot a Visa commercial with Brown but didn’t want to get into details on his relationship with the Steelers receiver. They’re friendly enough that Butler was able to do Brown’s touchdown celebration after his Week 7 interception against the Steelers without any ramifications.

The commercial pushes Butler’s individual rivalry with Brown to the forefront of Sunday’s matchup. It also increases the pressure on Butler to perform, since it puts him in the same conversation as one of the NFL’s best receivers.

?His skill set is incredible,? Roethlisberger said Wednesday. ?Can cover down the field, has got speed, has got quickness to cover the underneath stuff. He can mirror guys. Assume maybe that he?ll follow AB around. He?s a guy that really has just come into the role of being pretty much a shutdown corner.?

One could argue Brown won his first two matchups with Butler — he had seven catches for 106 yards when the teams met in October and nine catches for 133 yards and a score in their 2015 meeting. But a national stage would go a long way in improving Butler’s individual brand before he hits restricted free agency this offseason. 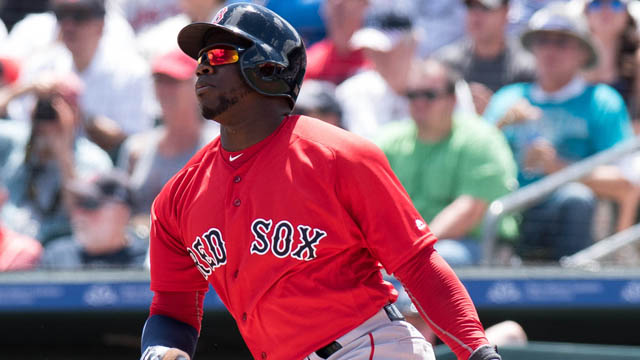