HOUSTON — Tom Brady was the MVP of Super Bowl LI, and deservingly so. Dont’a Hightower delivered the most important defensive play. And Julian Edelman made easily the best catch of the game — if not in Super Bowl history.

When we look this epic game years from now, we’ll remember Brady’s historic performance, Hightower’s strip sack and Edelman’s answer to the Helmet Catch. We’ll remember that the Patriots rallied from 25 points down late in the third quarter to beat the Atlanta Falcons 34-28 in overtime in by far the largest comeback in Super Bowl history.

But that comeback doesn’t happen without James White.

Though Brady elevated his game to an otherworldly level during the second half, White had the best overall game of any Patriots player. Playing on the NFL’s greatest stage for the first time (he was inactive when the Patriots beat the Seattle Seahawks two years ago), the 25-year-old running back caught a Super Bowl-record 14 passes on 16 targets for 110 yards and scored all but 14 of New England’s points.

White was the Patriots’ only reliable offensive player throughout their miserable first half (six targets, five catches, 55 yards) and was a touchdown machine during the team’s historic late-game surge, scoring once through the air and twice on the ground, including a hard-earned 1-yard scoring run in overtime to win the game.

?I already knew he was going to get in,” fellow running back LeGarrette Blount said. “That wasn?t even a question, I was just ready to run on the field.?

“Oh, my man was balling today,” Dion Lewis said. “What did he have, 14 catches? Three touchdowns? Man, he came through big for us.”

Atlanta’s defense did an excellent job of neutralizing two-thirds of the Patriots’ running back trio, holding Blount and Lewis to just 59 yards on 17 carries. Lewis also caught just one pass for 2 yards in the win. But the Falcons could not wrangle White.

“That’s the thing about this team — it’s always somebody different,” Lewis said. “(White) worked so hard. I’m happy for him. He deserved it, man.”

The Patriots showcased all areas of their multifaceted offense during these NFL playoffs. Lewis was the man in the divisional round, scoring three touchdowns in three different ways. In the AFC Championship Game, wide receiver Chris Hogan played that role, setting a team record for receiving yards and catching two touchdown passes.

On Sunday in Houston, when New England appeared destined to suffer one of its most humbling losses of the Brady/Bill Belichick era, White stepped up.

“Honestly, it?s all very surreal right now,” he said. “It is just a great team victory. You couldn?t even write this script. You could never imagine it.” 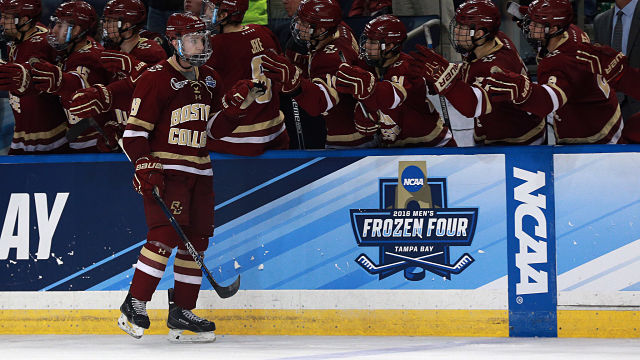 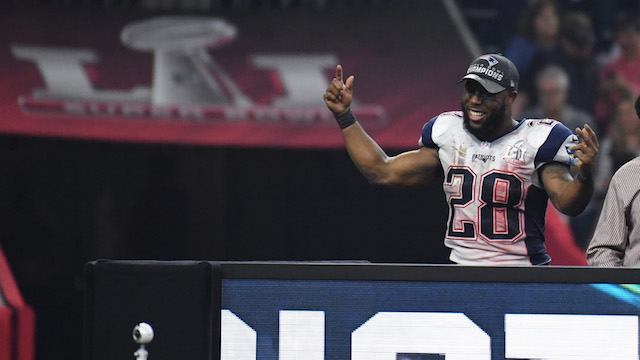