You don’t always have to play pretty basketball to win, and the Boston Celtics were a perfect example of that Friday night.

The Isaiah Thomas-less C’s were locked in a close game against the lowly Brooklyn Nets for most of the night, but Boston did just enough in the end to win 98-95 at Barclays Center.

UGLY, UGLY, UGLY
The first quarter was a clinic in how not to play offense. The Nets did have an early spark, as they took a 12-7 lead after a Rondae Hollis-Jefferson dunk with 7:33 remaining in the frame. However, the Celtics responded with an 11-0 run to take an 18-12 advantage. Despite that nice run, the C’s only shot 31.8 percent from the floor and made one 3-pointer in the opening 12 minutes, and they led 21-16. Crowder, Horford and Bradley all led the way with five points.

The Nets, meanwhile, only shot 30 percent from the field, while Lopez was their leading scorer with five points.

The ugliness only continued in the second quarter. The Celtics’ shooting percentage improved a bit to 36.4 percent, and they tacked on two more 3-pointers, while the Nets’ dropped to 28.6 percent.

One of the few bright spots for either team in the first half was Bradley, who led the way with 11 points and was a plus-9 with three rebounds. Oh, and we can’t forget Boston’s defense, which helped the C’s build up a 45-37 advantage at the break.

CLOSING TIME
If you’re a fan of offense, you were rewarded for sticking with Nets-Celtics in the third quarter. The teams combined for 54 points in the third, and the C’s took a 71-65 lead into the final 12 minutes.

Boston’s advantage evaporated early in the fourth quarter, as Brooklyn made three straight 3-pointers to open the frame and a take a 74-71 lead. The game remained close for most of the quarter, and the teams were tied 85-85 with 4:05 remaining. The Celtics scored eight straight points to go up 93-85, but the Nets just wouldn’t go away, scoring six straight points to cut their deficit to two with just under a minute remaining. It still wasn’t enough, though.

PLAY OF THE GAME
There was some good offense in this one.

Marcus finds Gerald on the cut for a ferocious slam! ? pic.twitter.com/n2doQNvKK0

UP NEXT
The Celtics will close out their mini two-game road trip Sunday afternoon in Philadelphia against the 76ers. Tip-off is scheduled for 1 p.m. ET. 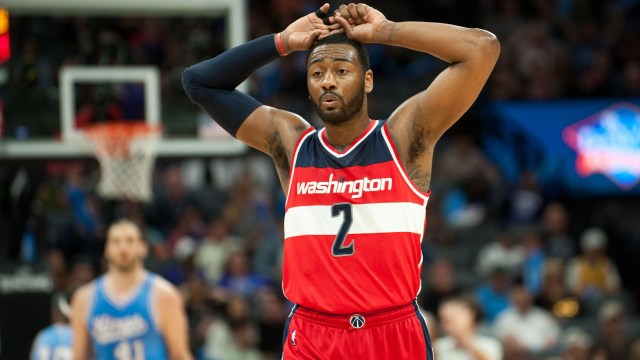 John Wall: DeMarcus Cousins Told Me He Would Come To Play For Wizards 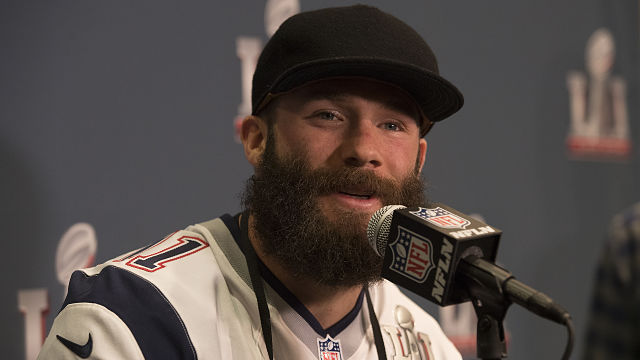