Eckersley, a Baseball Hall of Famer, is considered one of the best closers of all time, and he also was a darn good starter before moving to the bullpen. He knows pitching like Stephen Hawking knows physics.

So baseball fans received a special treat Wednesday night, as Eckersley was in NESN’s broadcast booth for Boston Red Sox left-hander Chris Sale’s most recent start. It wasn’t Sale’s best start of the season, as his streak of starts with at least 10 strikeouts came to an end, but it still was interesting to hear Eck talk (and gush) about the pitcher’s performance.

Here are some of Eck’s best insights (in bold) with some added context from Wednesday’s telecast.

FIRST INNING
“But what we’ve seen from him early on in all these contests have been just dominance through the first three or four innings.”
Dominance sums it up pretty well. Sale’s numbers through the first three innings of a game this season are absurd, as he has allowed just two runs (none in the first inning) and is holding opponents to a .118 average with 55 strikeouts (in 30 innings) and just three walks.

“You can’t blame them. A guy like Choo had punched out 10 times out of 19 times. There’s no success with hanging around trying to work the count, that’s for sure.”
Texas outfielder Shin-Soo Choo flied out on the first pitch he saw, and it’s surprising more batters don’t follow that swing-early approach. Opponents are hitting .344 when swinging at Sale’s first pitch this season. If you let him get into a two-strike count, you have roughly a 10 percent success rate, with opposing hitters batting .104 in two-strike counts.

SECOND INNING
“Boy, he can get 0-2 with the best of them, as quick as it comes. Quick because he doesn’t take long, literally, to get 0-2.”
One of Sale’s most noticeable (and best) traits is how fast he works. He takes just 20 seconds between pitches on average — the seventh-fastest pace in all of baseball.

“How’s he going to put (Odor) away? Something out of the strike zone.”
Sale responded with this pitch, and Odor flailed at it for strike three. After Mike Napoli waves at a 76-mph slider: “You don’t know what he’s going to throw. You get up there — here he comes — and you have no time to think. It’s like, what? And he’s not shaking. What do we got now? Gas in, here it comes — voom. Then he gives them that.”

THIRD INNING
First-pitch changeup to Ryan Rua: “Just in case you try to jump ship with him first pitch, he’ll throw that changeup.”
Like we said, the best plan of attack is to swing early, but you still don’t know what pitch you’ll get. Sale actually has thrown first-pitch sliders or changeups more than fastballs, according to Brooks Baseball.

“What are you gonna do? Whatever he (the catcher) tells him he’s gonna do. Breaking ball? You got it.”
Sale almost never shakes off the catcher. Like, ever.

“It just clears my head. It’s one less thing to think about,” Sale told CSNNE.com earlier this season.

FOURTH INNING
“It’s almost shocking when he walks somebody. That’s what makes him so great to me, the fact he punches out so many guys and doesn’t walk anybody.”
Sale’s 7.2 strikeout-to-walk ratio is fourth-best in baseball.

“Lucroy’s just up there defending, you get that fastball, you’re gonna be late when you’re thinking about everything else … fastball in.
On the very next pitch, Lucroy got a thigh-high fastball right down the middle at 97 mph and feebly grounded out to first base.

FIFTH INNING
“That’s more like it — 0 and 2.”
If you’re going to fall behind 0-2 to Sale, you might as well get a head start back to the dugout. He has allowed just four hits in 84 plate appearances in which the count got to 0-2, with 47 of those encounters ending in strikeouts.

“Now you put (Napoli) away as hard as you can, high and away.”
Sale tried to do just that on a 1-2 pitch, but he failed to get the pitch high enough, and Napoli hit a long home run. “He’s given up three ropes this inning.”
Curiously, the fifth inning has been Sale’s worst by far: He’s been tagged for 10 fifth-inning runs through five starts.

SIXTH INNING
Eckersley: “Strikeouts are just a stat, but the problem is he’s got eight games in a row where he strikes out 10. There are records involved here.”
Dave O’Brien: “Justifiably, you get used to it.”
Eckersley: “Yeah, and it’s not an easy thing to do.”

Chris Sale– Reacting to getting squeezed, and then giving up a hit on the next pitch. pic.twitter.com/qr2hv8WKOU

“Ut-oh … this ball is down and away, he thinks he’s got the corner, and he does have the corner. A little frustration there, I don’t blame him.
… Napoli singles, and Sale takes a long look at the umpire.

“Can’t say I blame him. The guy takes you bridge the time before, you paint him for strike three, and they don’t give you the call. Kind of hard to not react to that. Then he throws a ball right down the middle. You can’t help but wanna go back to the umpire and tell him, ‘That’s your hit.’ I guess he just looked at him, he didn’t really say anything because he’s going to take offense to it. He’s kind of squeezed him a little bit tonight.

“I think he’s pretty cool for the most part with his emotion, Chris. There’s a time and a place for it. He did it, but you know, it wasn’t that bad. I was a lot worse than that. Jeez, that’s nothing.”
… Sale strikes out the next batter.

“Atta boy. Nicely done. Doesn’t lose his concentration over getting upset over the last batter. He throws a changeup down and away, and he goes lunging at it. Three-fingered, turn it over. A little finesse pitch, along with the gas he features.”

EIGHTH INNING
“Boy, it’s hard to get it cranked up after seven innings and you have what, a half hour in between. Not an easy thing to do.”
Sale’s pitch count was nothing crazy (89 pitches) when he went back out to start the eighth inning, but he had been sitting for about 32 minutes. 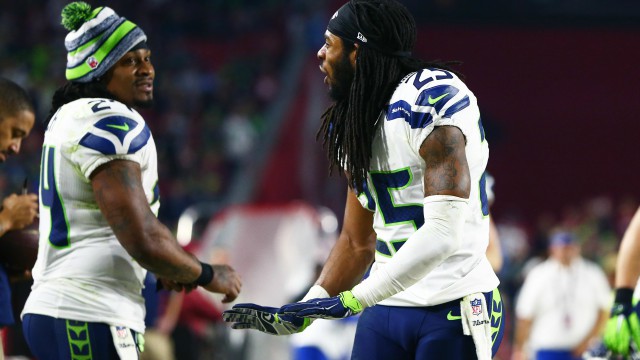 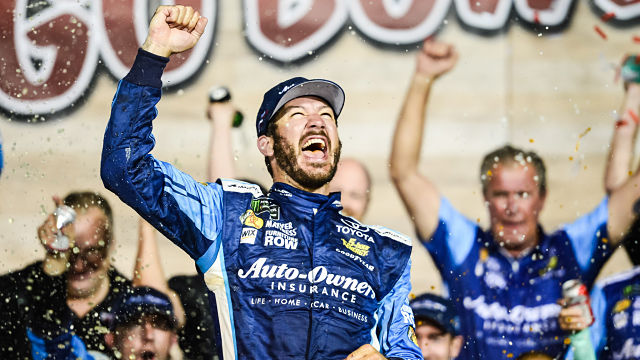