Not everyone is on-board with the Boston Celtics selecting Washington point guard Markelle Fultz with the No. 1 overall pick in the 2017 NBA Draft.

FS1’s Colin Cowherd said recently he thinks the Celtics should trade the top pick in next month’s draft to acquire a superstar, as doing so could help Boston leapfrog the Cleveland Cavaliers in the battle for Eastern Conference supremacy. He’s not alone in feeling that way, as several NBA players also suggested the C’s take that path given how much talent already is on their roster.

But even if the Celtics keep the pick, Cowherd isn’t sold on taking Fultz, who most mock drafts have pegged as the top selection. Instead, he made the case Wednesday that the Celtics should take UCLA point guard Lonzo Ball, who many expect to go No. 2 to the Los Angeles Lakers.

If the Celtics don't trade the No. 1 pick, they should draft Lonzo Ball over Markelle Fultz pic.twitter.com/5iZ158l9Yz

Basically, Cowherd thinks Ball has a better chance of making everyone around him better. After all, Ball is known for his excellent court vision and passing skills, whereas Fultz figures to be a superior scorer at the next level.

Choosing Ball over Fultz comes with some risk, though, especially with the UCLA product turning down a workout with Boston. Ball’s father, LaVar, has made it perfectly clear he wants his son to land with the Lakers.

Cowherd also suggests the Celtics go after a star like Gordon Hayward, who is expected to be one of the top free agents available this summer, and cut ties with Isaiah Thomas at some point. Thomas, who will be a free agent after next season, has been an All-Star the last two seasons and is a premier scorer, but he’s also a defensive liability and the Celtics (perhaps surprisingly) have looked OK without him during their current Eastern Conference finals series with the Cavs. 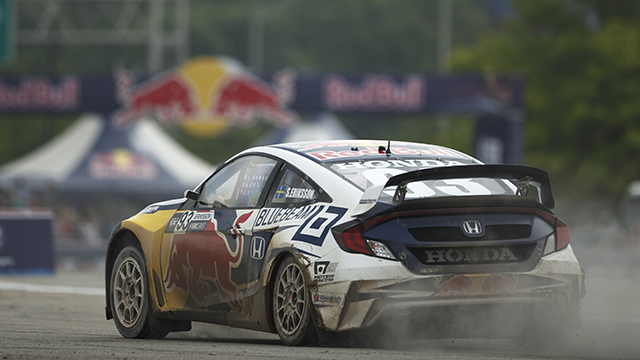