Red Sox Wrap: Yankees Break Through In 16th Inning To Down Boston 4-1 - NESN.com Skip to content

In what was the longest game at Fenway Park since Game 5 of the 2004 American League Championship Series, the New York Yankees finally grabbed a 4-1 win over the Boston Red Sox in 16 innings Saturday.

Red Sox starter Chris Sale dazzled, tossing 7 2/3 innings of shutout baseball, but Craig Kimbrel surrendered a game-tying home run in the bottom of the ninth to send the game into extras, where it remained deadlocked for quite some time.

Both the Red Sox’s and Yankees’ bullpens were effective in relief of their dominant starters, as each team only threatened once in extra innings before Didi Gregorius broke through in the 16th inning.

Emergency reliever Doug Fister allowed the first two batters of the inning to reach, and Gregorius smoked a 2-2 fastball into center field for an RBI single to give the Yankees the lead for good. New York tacked on two more runs in the inning against Fister.

GAME IN A WORD
Neverending.

Sale and Yankees starter Luis Severino dueled for the first eight innings. But after Matt Holliday blasted a home run off Kimbrel in the ninth, the game slowed to a crawl as both bullpens worked deliberately, and a lengthy review of Holliday’s baserunning in the 11th inning caused the game to stretch past the five-hour mark.

IF WAS OVER WHEN…
Austin Romine shot a single to center to give the Yankees a two-run advantage in the 16th inning.

The Red Sox were unable to threaten in the bottom half of the inning.

ON THE BUMP
— Sale was brilliant Saturday.

The Red Sox ace tossed 7 2/3 shutout innings, allowing three hits while striking out 13 in a masterful performance. The Yankees got a runner to third in the second inning, but Sale struck out Garrett Cooper to end the threat.

He cruised through the next 5 2/3 innings before being lifted with a runner on first and two outs in the eighth inning with Aaron Judge coming up. Sale blew away Gary Sanchez with a 95-mph fastball to record his 13th strikeout, and then John Farrell made the call to Kimbrel to face Judge.

— Kimbrel got Judge to fly out to right field to end the inning. But Kimbrel gave up a solo home run to Holliday to tie the game in the ninth.

— Heath Hembree tossed a scoreless 10th. He walked the first batter of the 11th inning and was lifted for Robby Scott.

— Scott recorded all three outs in the 11th inning.

— Brandon Workman worked around a one-out walk in the 13th inning.

— Fister got the final two outs of the 14th inning to keep the game tied. He worked a scoreless 15th inning, but the Yankees finally got to him in the 16th inning. Jacoby Ellsbury led off the inning with a double to left field, and Chase Headley followed with a single to center to put runners at the corners with no outs. Gregorius laced a single into center field to break the tie and give New York the lead. Romine followed with an RBI single of his own, and Sanchez knocked in the third run of the inning with a sacrifice fly to left.

IN THE BATTER’S BOX
— The Red Sox got on the board in the third inning when Mitch Moreland drove in Mookie Betts with a sacrifice fly to center field.

— Xander Bogaerts went 1-for-6 with an infield single and a walk.

Chris Sale is now the first Red Sox pitcher since Pedro in 2003 with multiple 10-plus strikeout games in 1 year vs the Yankees.

UP NEXT
The Red Sox will finish their four-game series with the Yankees with a doubleheader Sunday. Rick Porcello will take the mound for Boston in Game 1 of the doubleheader and will be opposed by Bryan Mitchell. First pitch from Fenway Park is scheduled for 1:05 p.m. ET. 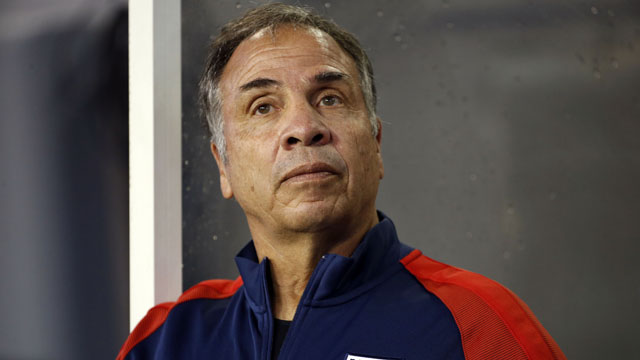