Through one preseason game, wide receiver Austin Carr and tight end Jacob Hollister are the early favorites to win the annual Zach Sudfeld award, given to the undrafted rookie who captures the hearts of all New England Patriots fans every summer.

Though neither have excelled in training camp, Carr and Hollister both had breakout performances against the Jaguars in the Patriots’ preseason opener.

Hollister caught seven passes on nine targets for 116 yards and showed off his strong hands, toughness and ability to catch the ball in traffic.

WHAT A GAME for @hollister_jacob!

First catch as a pro for number 48.

Hollister ran a fairly simple route, sitting at the top of his pattern but held onto the ball after taking a hard shot to the rib. Don’t let anyone tell you that folks from Bend, Ore., are soft.

The Jaguars were flagged for unnecessary roughness twice on hits to Hollister. Yeesh. What was the guy doing during joint practices that ticked off the Jaguars?

Hollister did his best LeGarrette Blount impression on a catch from Jacoby Brissett, hurdling a defender to pick up roughly 6 more yards. Hollister isn’t going to juke defenders out of their cleats, but he’s an above average athlete for the position and should have no problem picking up yards after catch.

Hollister does it again: https://t.co/cahz7opYZp

This was perhaps Hollister’s best play of the game, picking up a first down on third and 15 in double coverage. Many rookie receivers — including some the Patriots have employed over the years (ahem, Aaron Dobson) — would sit back and wait for the pass to arrive. Hollister took an aggressive approach, picked the ball out of the air and gained the necessary 15 yards.

Carr caught five passes on seven targets for 44 yards with one touchdown and flashed the ability to separate and catch in traffic that he didn’t show through two weeks of practice.

Jimmy Garoppolo airing it out to Austin Carr, who has looked good tonight #JAXvsNE #Patriots pic.twitter.com/XVuoxL0tO2

It sounds simple, but it was good to see Carr make a toe-tapping sideline grab here. Sideline awareness is important in a receiver, especially a rookie. Carr spent four years only needing to get one foot down inbounds at Northwestern and snagged the ball out of the air and tapped both feet here for a first down.

Carr made two grabs after quarterback Jimmy Garoppolo scrambled out of the pocket, which showed his ability to improvise and help extend plays.

Watch until the end of the clip, and you’ll see Carr’s impressive route, stopping on a dime to cut after a quick hop. Then he took to the air to snag the ball in a contested environment.

There’s still probably a better chance Hollister and Carr don’t make the Patriots’ 53-man roster than they do, but they got off to a hot start in their preseason debuts and showed they know the offense well enough at this juncture to have big games.

The Patriots do need a third tight end, so Hollister probably has a better shot at cracking the 53-man roster at this point, but if the Patriots suffer a serious injury at wide receiver, or if they don’t want to risk getting Carr through waivers, then they could stash the rookie wideout on their roster, as well.

It’s not a shock that either player stood out. The Patriots gave Hollister $90,000 guaranteed to sign as an undrafted free agent, and Carr received $30,000. That shows that other teams were interested in the two players after the draft, and the Patriots were willing to pony up to snag them. 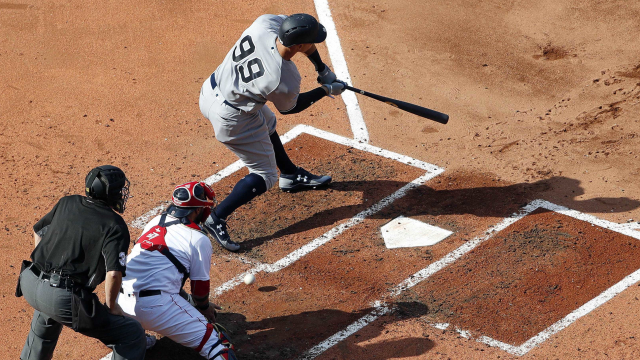 Five Reasons Red Sox-Yankees Rivalry Is Coming Back, Will Stick Around 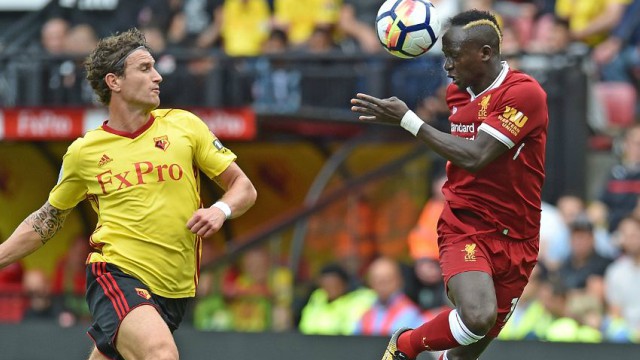