The Boston Red Sox’s bats were on fire Tuesday night at Fenway Park.

The Sox exploded for 11 runs on 16 hits, led by Mookie Betts’ two home runs, one triple and six RBI. Eduardo Rodriguez also gave one of his best performances of the season. The left-handed starter tossed six innings and allowed just one hit and one earned run. Boston’s bullpen sealed the win with three scoreless innings of relief.

The Red Sox scored 11 runs on 16 hits, while only giving up three hits and one run to the Athletics.

IT WAS OVER WHEN…
Boston’s offense scored five runs in the second inning, giving the team’s pitching staff more than enough run support.

ON THE BUMP
— Jed Lowrie hit an RBI double off Rodriguez in the first inning, allowing Chad Pinder to come around for the game’s first run. Jackie Bradley Jr. leaped up against the center field wall but was unable to make the catch. The Athletics couldn’t move Lowrie any further, though, as E-Rod retired the side.

Rodriguez allowed only one baserunner (Matt Olson hit by pitch) over the next two innings. The left-hander gave up two walks and zero hits over the next three innings before departing after the sixth. Rodriguez gave up only one hit and one earned run with four walks and nine strikeouts in six innings.

— Brandon Workman struck out the side in the seventh inning.

— Carson Smith took the mound for the eighth and walked two and gave up a single to load the bases. He did record two outs during this stretch, but wasn’t able to finish the inning. Austin Maddox came in and struck out Jake Smolinski to end the inning.

— Maddox gave up a leadoff single in the ninth inning, but he retired the next three batters to end the game.

IN THE BATTER’S BOX
— The Sox caught fire in the second inning. Sam Travis led off with a single and advanced to second base on an error, and then Xander Bogaerts drove him in with an RBI single. Rafael Devers singled next, followed by an RBI single from Christian Vazquez to score Bogaerts for a 2-1 Red Sox lead. Dustin Pedroia singled to right field to tack on another Boston run. Mookie Betts hit a two-run triple to the bullpen wall in right field later in the inning to increase Boston’s edge to 5-1.

— Betts blasted a two-run homer in the fourth inning to up the Red Sox’s lead to 7-1. Vazquez tacked on another run with an RBI double in the fifth inning, scoring Bogaerts. The Boston catcher scored soon after when Jackie Bradley Jr.’s double made it 9-1 Boston in the fifth.

— Betts hit another homer in the sixth inning, a two-run shot giving him six RBI for the game.

UP NEXT
The Red Sox and Athletics resume their three-game series Wednesday night at Fenway Park with first pitch scheduled for 7:10 p.m. ET. Doug Fister (Boston) versus Jharel Cotton (Oakland) is the probable pitching matchup. 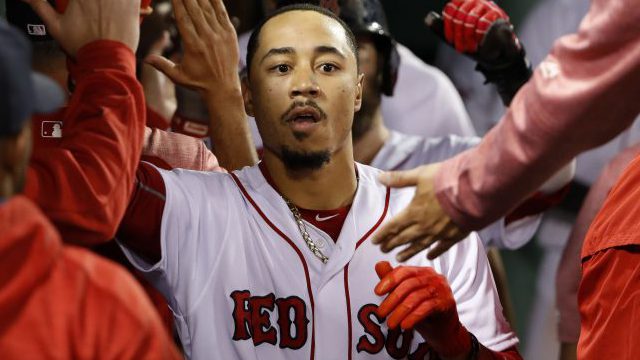 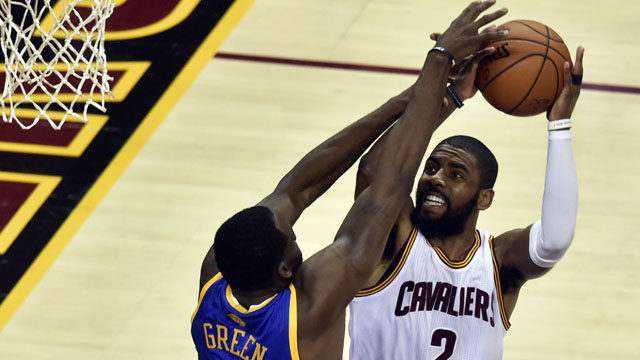