The NFL trade deadline is not usually synonymous with blockbuster moves, and while it’s still not on the level of the rest of the big four, we still saw some fireworks leading up to the Halloween deadline.

Some big names have new addresses after Monday and Tuesday’s wheeling and dealing, and while the New England Patriots trading quarterback Jimmy Garoppolo to the San Francisco 49ers got most of the headlines, it was a couple of NFC teams — the Seattle Seahawks and Philadelphia Eagles — who addressed areas of need and solidified their rosters for the stretch run.

We’ll have to wait and see how players like Duane Brown and Jay Ajayi affect the playoff race, but NESN.com’s Mike Cole, Ricky Doyle and Andre Khatchaturian have no time to wait and see, as they’re back to make their Week 9 NFL picks.

Before that, however, here’s how they fared last week.

Here are their Week 9 picks with lines courtesy of OddsShark.com.

THURSDAY, NOV. 2
(-3) Buffalo Bills at New York Jets, 8:30 p.m.
Mike: Jets. The Jets have lost their last three games but haven’t lost any of them by more than seven points. Short week, at home and all of that … I think they keep it close.
Andre: Jets. The Bills are a completely different team on the road than at home. They average just 3.8 yards per play away from Buffalo — dead last in the league. Tyrod Taylor is good at protecting the ball, but three of the Bills’ last four games have come against the bottom three teams in takeaways (Bengals, Raiders, Falcons).
Ricky: Bills. Just four teams have turned the ball over more than the Jets, who’ve committed as many turnovers in the last two weeks (3) as the Bills have all season. Buffalo also has more takeaways (17) than any team in the NFL, giving Sean McDermott’s team a league-best plus-14 turnover differential.

SUNDAY, NOV. 5
Atlanta Falcons at (-1.5) Carolina Panthers, 1 p.m.
Mike: Falcons. The Panthers’ defense has good numbers, but that’s been largely enhanced by games against San Francisco, Buffalo, Detroit, Tampa Bay and Chicago. Carolina also has struggled to protect Cam Newton, which could be bad news if the Falcons’ defensive injuries don’t hamper them Sunday.
Andre: Falcons. Cam Newton is 0-3 with two touchdowns and two picks along with a 50 percent completion percentage in his last three games against the Falcons. He also has two touchdowns and six picks over the last three games. He simply cannot be trusted against a Falcons team that boasts the best yards-per-play differential in football.
Ricky: Falcons. Basically, I trust the Falcons’ offense more than the Panthers’ offense. Among qualified quarterbacks, Cam Newton ranks 26th in passer rating (sandwiched between Jacoby Brissett and Jay Cutler), and Atlanta’s defense has the personnel up front to shut down Carolina’s ground game.

Baltimore Ravens at Tennessee Titans (-4.5), 1 p.m.
Mike: Titans. Baltimore is great at home. On the road, however, is a different story. The Ravens are 3-8 against the spread in their last 11 road games, and it probably shouldn’t surprise you that Joe Flacco has just six touchdown passes and 10 picks in those 11 games.
Andre: Titans. Joe Flacco will play, but that might not be a great thing for the Ravens. He hasn’t cracked the 250-yard mark once this season, has more picks than touchdowns and averages just 5.4 yards per pass. I see a game with a plethora of three-and-outs for Baltimore while Tennessee rushes the ball effectively to win easily.
Ricky: Titans. The Titans will have fresh legs coming off a bye and grind things out against the Ravens’ run defense, which has been shoddy this season (ranked 30th with 132.8 rushing yards allowed per game) despite a strong effort last week against the Dolphins on Thursday night.

Cincinnati Bengals at (-4.5) Jacksonville Jaguars, 1 p.m.
Mike: Jaguars. Jacksonville is coming off a bye and getting back Leonard Fournette. Gotta love the matchup, too, against a Bengals rushing attack that ranks 30th in the NFL, likely meaning a lot of third-and-long … not a good thing against that Jaguars pass rush.
Andre: Jaguars. The Jaguars have the league?s best pass rush with 33 sacks, and they?re going up against the Bengals, who have a 9.2 percent sacks allowed percentage — third-worst in the league. Blake Bortles is the Jags? biggest issue, but the Bengals have the third-worst turnover differential in football.
Ricky: Bengals. For as good as the Jaguars are defensively, they’re not great against the run (allowing an NFL-worst 138.6 rush yards per game and 5.2 yards per carry). This could be the week Joe Mixon really breaks out.

Denver Broncos at (-8) Philadelphia Eagles, 1 p.m.
Mike: Eagles. That’s a lot of points against a good defense, but it’s hard to see Denver doing much offensively, especially traveling on a short week to face a team that must be loving life after arguably the most important pickup of the trade deadline in Jay Ajayi.
Andre: Eagles. Trevor Siemian has been so bad (three touchdowns, eight interceptions in his last five games) that Denver is turning to Brock Osweiler — against an Eagles pass rush that ranks ninth in sacks.
Ricky: Broncos. The Eagles are rolling. And the Broncos’ offense stinks. Yet for some reason, I still can’t bring myself to lay eight points here, the most the Broncos have been given since being 7.5-point underdogs against the Patriots back in 2011 with Tim Tebow under center.

Indianapolis Colts at (-13) Houston Texans, 1 p.m.
Mike: Colts. I have nothing to add other than that’s just way too many points.
Andre: Texans. Deshaun Watson leads the league in completed air yards and thanks to elite receivers like DeAndre Hopkins, those air yards often lead to big yards after the catch. Jacoby Brissett, who?s been sacked 29 times this year and plays for a team with the worst yards-per-play differential in football, doesn’t have what it takes to keep up with the Texans? explosive offense.
Ricky: Colts. Banking on a back-door cover in a divisional matchup.

(-3.5) Los Angeles Rams at New York Giants, 1 p.m.
Mike: Rams. Teams have been able to run on the Rams this season (4.6 yards per carry allowed), but the Giants don’t really have the sort of rushing attack to expose that flaw.
Andre: Rams. Jared Goff has been getting excellent protection all year, having been sacked just 10 times. The Giants are missing a ton of pieces offensively, and it?s hard to imagine them moving the ball against a Rams defense that has the third-best sack percentage and is one of five teams with more interceptions than passing touchdowns allowed.
Ricky: Rams. Another week and more drama for the Giants, who suspended cornerback Janoris Jenkins for missing Monday’s practice. You can’t convince me this team hasn’t quit on head coach Ben McAdoo.

Tampa Bay Buccaneers at (-7) New Orleans Saints, 1 p.m.
Mike: Saints. Crazy to think this might be the best offense the Saints have faced since Week 2, and they’ll continue to look good, at home against a Bucs offense that’s turned the ball over eight times over the last three games.
Andre: Saints. Drew Brees has three touchdowns and four interceptions over the last three games. He’ll bounce back against a Bucs defense that allows the fourth-highest completion percentage to opposing quarterbacks. Much of the Saints? success has come from a much-improved defense that?s allowed just 4.7 yards per play over the last five weeks.
Ricky: Saints. The Saints are playing well. The Bucs are playing poorly. With Jameis Winston seemingly not operating at 100 percent, it’s going to be hard for Tampa Bay to keep this close.

(-2.5) Arizona Cardinals at San Francisco 49ers, 4:05 p.m.
Mike: 49ers. C.J. Beathard has had to listen all week to people praise the 49ers for acquiring a supposed franchise quarterback in Jimmy Garoppolo. Maybe he plays some inspired football this week against a bad Cardinals team.
Andre: Cardinals. Arizona has more playmakers offensively and this seems like a game where Adrian Peterson can break off a couple of huge runs and help the Cardinals win.
Ricky: 49ers. The Cardinals are starting Drew Stanton and were just steamrolled 33-0 by the Rams the last time they took the field, which is slightly worse than the 49ers getting the crap kicked out of them 33-10 by the Eagles. In other words, these are two bad teams. Take the points. Why not?

Washington Redskins at (-7) Seattle Seahawks, 4:05 p.m.
Mike: Seahawks. The Redskins have a ton of injury issues in the trenches — on both sides of the ball, which plays to the Seattle defense’s strength and hides the Seahawks’ biggest weakness.
Andre: Redskins. Russell Wilson is on pace to throw the ball nearly 600 times this year. He still has no rushing support. He?s playing great lately, but throwing the ball 40 or more times a game on a consistent basis with no running attack is a recipe for disaster for any quarterback.
Ricky: Seahawks. The Redskins literally have had to adjust their practice schedule due to injuries. I’m concerned about them fielding a team this Sunday, let alone winning in Seattle.

Kansas City Chiefs at (PK) Dallas Cowboys, 4:25 p.m.
Mike: Cowboys. The Chiefs are on a short week, and their issues against the run (29th in yards per carry allowed) still should be an issue, even against Alfred Morris or Darren McFadden or anyone else in Ezekiel Elliott’s stead.
Andre: Chiefs. The Chiefs can’t stop the run, so the Cowboys really could’ve exploited that weakness with Zeke. Instead, there’s a ton of pressure now on Dak Prescott, who must go up against a pass defense that allows a league-low 53.8 completion percentage to opposing quarterbacks.
Ricky: Chiefs. Kansas City is 9-1 SU and ATS in its last 10 road games (would be 10-0 if not for that weird finish against Oakland). With the Cowboys ranked 29th in defending opposing tight ends and 20th in defending opposing running backs as receivers, according to Football Outsiders’ DVOA ratings, the Chiefs should ride Travis Kelce and Kareem Hunt to victory.

(-3) Oakland Raiders at Miami Dolphins, 8:30 p.m.
Mike: Raiders. The Dolphins have the worst offense in football this season, and they just traded away Jay Ajayi, who’s arguably their biggest offensive weapon. This team clearly has issues and Adam Gase probably hopes it’s addition by subtraction, but this is a nice get-right spot for the Raiders, who can’t be as bad as their record … right?
Andre: Raiders. Neither team forces turnovers and both defenses allow a ton of yards. But in a game of “all-else-equal,” I’m going to take Derek Carr over whoever Jay Cutler. The Dolphins also average a league-low 4.1 yards per play. Yuck.
Ricky: Dolphins. The Raiders struggle on the East Coast (4-20 in their last 24 such games). The Dolphins, meanwhile, have won 11 consecutive home games against West Coast teams. With deep threat DeVante Parker returning for the Dolphins and Jay Cutler back under center, their offense actually might score against the Raiders’ defense.

MONDAY, NOVEMBER 6
(-2.5) Detroit Lions at Green Bay Packers
Mike: Packers. This is the first time all season the Packers will have their full offensive line healthy, which is the No. 1 most important thing for an inexperienced quarterback like Brett Hundley. Also, the Lions still aren’t very good.
Andre: Packers. 25-1. That’s the Packers’ record against the Lions at Lambeau Field since 1992.  Sure, Brett Hundley isn’t Brett Favre or Aaron Rodgers, but Matt Stafford is the second-most sacked quarterback in football. The Packers have enough pieces defensively to disrupt Stafford and win at home against the Lions yet again.
Ricky: Packers. I love a good primetime underdog, especially when we’re talking about the Packers at Lambeau Field (even without Aaron Rodgers) against a Lions team that’s 3-14 SU in its last 17 night games. 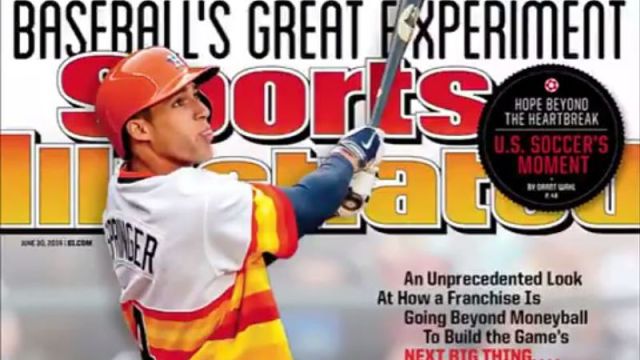