Are you doing a #MailDoug this week?
— @JustinMH90
I sure am, even though it’s the bye week.

Let’s get into it without further ado.

Thoughts on the jimmy trade? #MailDoug
— @zaksigler99
Thanks for asking, Zak.

I thought trading Jimmy Garoppolo to the San Francisco 49ers for a second-round pick was the right move, even if the Patriots could have got more in a trade over the offseason. The Patriots probably could have received at least another draft pick out of a team if they traded Garoppolo in April rather than October. But what if Tom Brady came out looking like garbage? It was an unlikely scenario, but quarterbacks do tend to drop off a cliff at a certain age. The Patriots were able to make sure Brady still looked like himself and still got a second-round pick out of Garoppolo.

And honestly, you could do a lot worse than Hoyer as a backup QB. The guy led the damn Browns to a 10-6 record over two seasons. He had a winning record as a starter prior to this season.

Would it be nice for the Patriots to have another second-round pick playing on their defense right now? Sure. But would anyone have guessed that Derek Rivers and Antonio Garcia, both of their third-round picks, would be out for the season? Not unless they’re some sort of witch or fortune teller.

YUP. Mclellein, VV, and money mitch. Who do you think they could use the most?
— @MMMX_R
Linebacker Shea McClellin, defensive tackle Vincent Valentine and wide receiver Malcolm Mitchell are the Patriots’ players on injured reserve who can be designated to return.

I think they could use McClellin the most, even though I think Mitchell is the best of those three players.

The Patriots just need more depth and competition on the edge. McClellin isn’t Dont’a Hightower or even Kyle Van Noy probably, but he can be a dependable player who can set an edge in the Patriots’ run defense. And though he’s not the most productive pass rusher, he has experience rushing off of the edge.

Let’s not overhype McClellin. He’s not going to be a world-beater, but he can help. The Patriots need less help at defensive tackle and wide receiver.

#MailDoug Is it just me or does this team feel like the 2009 Patriots were they aren’t just consistently getting it together. Thoughts?
— @MasonSousa1
I feel like it might be lost on some Patriots fans that their team has won four straight games.

I didn’t cover the team in 2009, but I don’t really see the comparison. That team went 10-6, and the 2017 Patriots are on pace for 12-4 again. The 2009 Patriots lost vice president of player personnel Scott Pioli, offensive coordinator Josh McDaniels, linebackers Tedy Bruschi and Mike Vrabel, safety Rodney Harrison and defensive end Richard Seymour. It was a year with a ton of turnover, and it showed in their final record.

Does Phillip Dorsett get more involved down the line here or is he just a bust they took a chance on knowing they wouldn’t keep Brissett?
— @NEPatsJD52
Dorsett might start in Week 10 if Chris Hogan can’t make it back from his shoulder injury in time. Hogan still was in a sling as of Wednesday.

It’s not ideal to have three sub-6-foot starting wideouts in Dorsett, Brandin Cooks and Danny Amendola, but the Patriots are looking pretty smart for acquiring Dorsett before the season, since they probably would have had to sign a player off the practice squad if they hadn’t traded for him.

How long do you think Gilmore?s leash is when he comes back cuz they have seemed to play better without him? #MailDoug
— @Bdmzlove36Zhe
You know when you’re walking your dog on the sideline and a car starts driving by you? About that short. Not quite as short as when another dog starts walking toward you on the same sidewalk.

Can we second guess moving on from Bennett and the Pats irrational belief that they can turn pumpkins into TE2s?
— @Mr_Besteves
I wouldn’t call Dwayne Allen a pumpkin. He averaged 2.2 catches for 25.5 yards per game during his time with the Colts. Bennett has averaged three catches for 31.8 yards per game in his career.

I don’t know why Allen isn’t panning out with the Patriots. But that trade, on paper, shouldn’t be this unsuccessful.

With 4 picks in the first 3 rounds, assuming the Patriots don’t trade any of them, what positions do you think they’ll use them on?
— @Cybulski_8
Oh man, it’s really early for this question.

Do you think the Pats could work in offseason to reacquire Brissett? #maildoug
— @adamdelong11
If the Patriots wanted to keep Jacoby Brissett, and thought he was a future starter, they would have kept him.

So if Jimmy Garappolo was Aladdin, what Disney character is Brian Hoyer?
— @natashancn
Maybe like, Lumiere from “Beauty and the Beast?”

#MailDoug How about refs don’t announce calls anymore-they just relay them to the broadcasters via headset? Save a bunch of time
— @MrQuindazzi
I like the idea, but it would leave fans at the game even more in the dark than they already are without announcers. I think, if anything, they need to improve the live aspect of the game.

If Rowe and Gilmore are both back after the bye, what will the CB depth chart be?
— @ChefdDds89
Malcolm Butler, Stephon Gilmore, Johnson Bademosi, Eric Rowe, Jonathan Jones. It could look different even by Week 11, though.

Do the Pats have enough horses to go deep in the playoffs? #MailDoug
— @DOGBULL
I’m actually not sure how many horses the Patriots collectively own. Does horse ownership equate to playoff success?

Who is Thunder’s favorite Patriot past or present. #MailDoug
— @Kid_From_Quincy
It was actually Chris Barker.

With away games b2b in Denver & Mexico, do you see the team not traveling to NE til after? Similar GB & SD trip a few yrs back? #MailDoug
— @shortbumble22
I hope they aren’t, because I’ll be staying in Colorado for the week.

do you think that we will be able to witness the Pats demolish a team this year ? The d and offense don?t seem to play good simultaneously
— @cote_phil
Yes. One of the AFC East foes.

Pineapple on pizza?
— @BenHayes212
Yes. With bacon, though.

R u seeing Thor tomorrow
— @CheyenneSulli14
No, I have a baby, so I don’t see movies in theaters anymore.

#MailDoug Simple question here: are the Bills for real?
— @Wiz_Philipa4
Looks like no.

What do you want the Red Sox to do this offseason? What did you think of Stranger Things 2? What’s your rock album of the year? #maildoug
— @ELeBoeuf
Keep Mookie Betts.

I think it’s good, but Episode 7 was bad.

I’d put Moe’s between Qdoba and Chipotle, though.

Who’s Olivia’s favorite parent?
— @coxcourtney
My wife right now. There were a few sweet days there where it was me.

Should pats start Hoyer for a few weeks to get Brady some rest? Deep ball better than Brady
— @CastigFan1337
Yes.

What is your cats name? Forgive me if this has been mentioned previously
— @seanymoshow
Harambe Styles Kyed, but we mostly call him Rambe. We told our vet his name is Harry, though, because we were too embarrassed to tell them his name is Harambe.

CONTRARY TO POPULAR BELIEF THAT WAS NOT MY CAT ON THE FIELD. HE IS RIGHT HERE WITH ME. pic.twitter.com/qVrzVXDHfa

And this is Thunder.

Update: Power is back and I'm headed home. Got in one last game of ball with Thunder pic.twitter.com/3bseZ1CxkQ

Favorite Pats Super Bowl win? And why
— @iRomeoMedina
Either XXXVI or LI.

Do you get annoyed by the amount of times you tell people how to say your last name? #MailDoug
— @bostonfandom5
I think most people know how to say it now, but everyone mispronounced it when I was in elementary school, and it was very annoying.

When is the trade deadline?
— @camgiordano7
That was three days ago.

Do you think Daenerys and Jon will continue banging even after they find out they are related?
— @drjones37
Sorry, I don’t watch “Star Trek.”

On your all-time greatest songs list, where does ‘Africa’ by Toto rank, and how often do you bless the rains down in Africa?
— @Average_Ed
I like that song, but I don’t think it cracks the top 5,000 for me. It’s not even on my iPhone, and I’m still a weirdo that has songs on my iPhone.

Sup? Im back. #MailDoug
— @June__NYC
It is late, and I’m watching some random NBA game while trying to finish this.

What do you think of Triple H “joining” the Shield?
— @KazerTazer
Dumb. 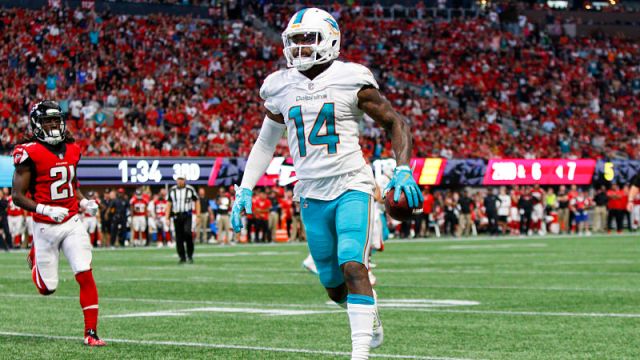 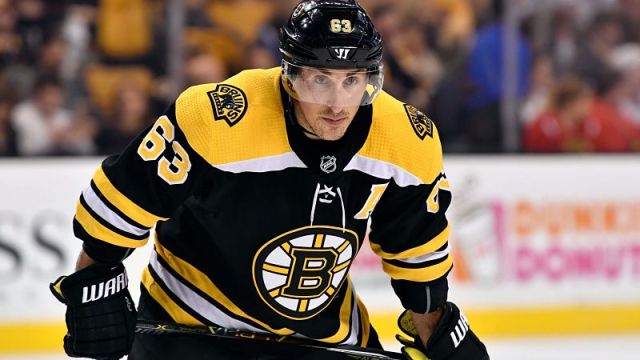