Why Is Patriots Running Back Mike Gillislee Inactive Vs. Broncos? - NESN.com Skip to content

Mike Gillislee, the same running back for whom the New England Patriots gave up a fifth-round pick and handed a two-year, $6.4 million contract, was inactive Sunday night.

Some will logically treat this as another negative notch in Bill Belichick’s uneven offseason of acquisitions, many of which have not worked out through 10 weeks. And while that might be fair on the surface, it’s actually not really that bad of a sign that Gillislee is a healthy scratch.

Gillislee has been fine this season, though he has struggled in certain short-yardage situations. He’s averaging just 3.6 yards per carry with four touchdowns, all of which came in the first two weeks of the season, but he averaged over 4 yards per carry in Weeks 4 through 6. He hasn’t broken out for a long gain nor shown the elusiveness he was advertised to come with, but he’s been fine as a power back.

Gillislee’s deactivation is more about how well the rest of the Patriots’ stable of running backs have been playing. Running backs coach Ivan Fears said during the bye week that the Patriots probably couldn’t keep trotting out five running backs on the 46-man active roster. It was unsustainable. The Patriots would need more help at other positions.

The issue solved itself while Rex Burkhead was out with a rib injury, but he’s been more explosive and versatile than Gillislee since returning from the ailment.

In the first seven minutes of Sunday night’s game, Rex Burkhead scored on a 14-yard reception, and Dion Lewis took a 103-yard kick return to the house for a score. And James White is the heir apparent to Kevin Faulk, Danny Woodhead and Shane Vereen as the Patriots’ dependable third-down back. He’s playing every game he’s healthy.

So, there has to be an odd-man out. Gillislee doesn’t play special teams like Burkhead and Brandon Bolden, so his only use is as a power back. And clearly, the Patriots believe Lewis and Burkhead can handle the load in those situations.

Gillislee could find his way back onto the field, and giving a guy $1.5 million guaranteed then making him a healthy scratch is a bad look. But this is kind of a good problem to have. The Patriots’ running backs have been so good that a guy who really hasn’t been bad has to be benched. It’s a numbers game. 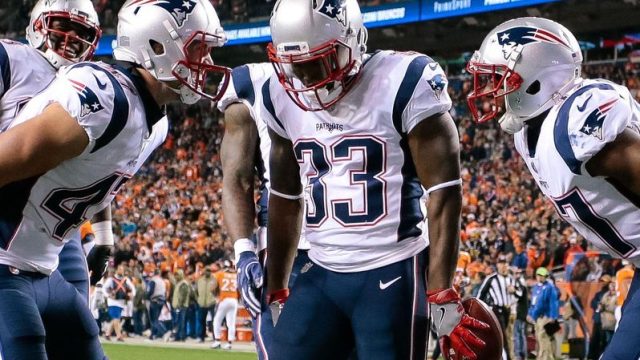 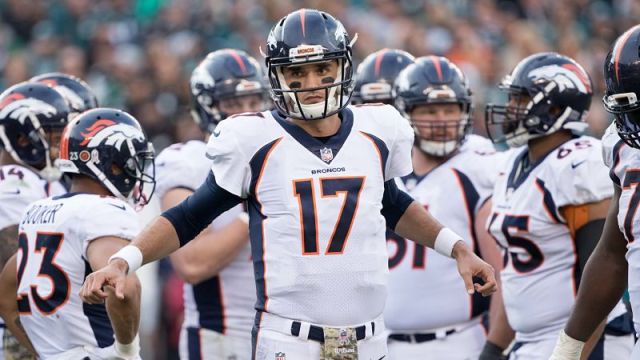