The New England Patriots had a very enviable quarterback situation back in training camp, with Jimmy Garoppolo and Jacoby Brissett both on the depth chart behind starter Tom Brady.

Then, Bill Belichick traded Brissett to the Indianapolis Colts for wide receiver Phillip Dorsett in September and Garoppolo to the San Francisco 49ers for a second-round draft pick just before the Oct. 31 NFL trade deadline, leaving the Patriots with Brady and veteran backup Brian Hoyer, who New England signed shortly after the Jimmy G trade.

Brady has shown no signs of slowing down at age 40, so New England’s current quarterback depth might never become an issue for as long as he continues to play. But there’s been some question as to whether the Patriots received enough in exchange for Brissett and, to an even greater extent, Garoppolo.

Colin Cowherd has a theory as to why Belichick settled for the aforementioned returns.

While discussing the topic Thursday on FS1, Cowherd suggested that Belichick is well aware of his own legacy and holds grudges. Therefore, according to Cowherd, if the Patriots head coach wanted to trade Brady to prove he could win with Garoppolo and team owner Robert Kraft shut down the idea, then it’s fair to wonder if Belichick then traded away both Brissett and Garoppolo for lesser compensation with the intention of putting the organization in a worse position once he retires.

.@ColinCowherd has a theory about why Bill Belichick traded Jacoby Brissett and Jimmy Garoppolo pic.twitter.com/YAcVBLbkkS

All of this seems like a very elaborate master plan that doesn’t fully take into account when Brady will regress/retire or Belichick will step away. It also is a major assumption in itself to say Belichick wanted to trade Brady — the greatest quarterback of all time — instead of Garoppolo and that Kraft put the kibosh on that possibility.

We’ve seen Belichick’s stubbornness on display countless times before, though, most recently with regards to Brady’s longtime trainer, Alex Guerrero, who reportedly has been banned from New England’s sideline and team plane. So maybe — just maybe — there was some ulterior motive at play when Belichick plucked away at his QB depth chart. 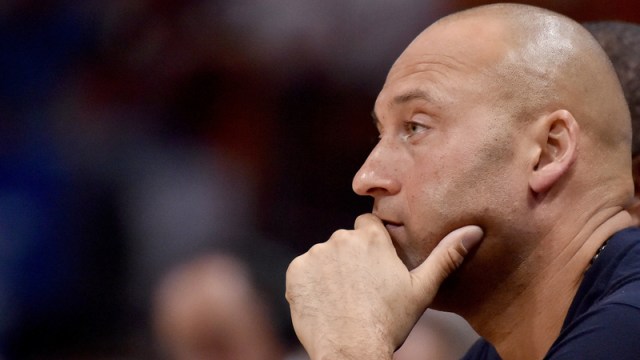 Derek Jeter Is Not Planning On Talking To Disgruntled Marlins Players 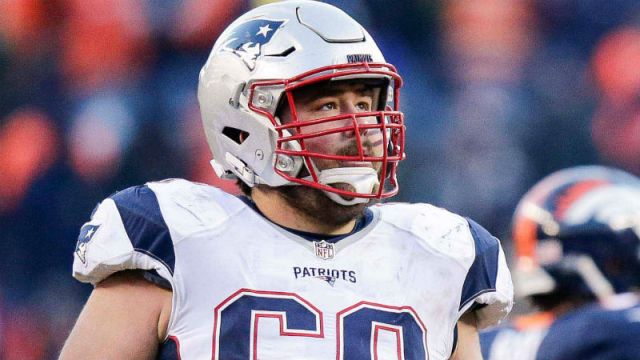 Patriots Notes: David Andrews Reacts To Being Hit With Drink In Pittsburgh