New England Patriots fans will be hoping they get a bit more use of out Bud Light’s latest drinkware offering.

The beer company will release new limited edition, Super Bowl LII-themed glasses for the Patriots’ matchup with the Philadelphia Eagles on Sunday at U.S. Bank Stadium. Like the glasses they released earlier this season, Bud Light’s cups are programmed to light up after every Patriots or Eagles score, depending on how you configure them.

Remember those Bud Light glasses that lit up after every Patriots TD? There's a Super Bowl LII edition. Lights up blue for Patriots scores, green for Eagles scores. pic.twitter.com/6v0HHYuQrs

There will be a limited quantity in this batch, however: The Super Bowl “Touchdown Glasses” will be available only to those who attend the Super Bowl and at “select” bars in Minneapolis, Philadelphia and Boston, according to Bud Light.

Fans able to get their hands on a glass can activate the light by downloading the “Bud Light Touchdown Glass” mobile app on their Android or iPhone, where they can pair the glass with the app via Bluetooth and select either New England or Philly as their favorite team.

The glasses Bud Light doled out at Gillette Stadium in Week 1 didn’t light up too often, as the Kansas City Chiefs shocked the Patriots in a 42-27 upset win. The Super Bowl LII cups could see plenty of action, though: The over-under for Patriots-Eagles is set at 48 points, and four of the last five Super Bowls have hit the over. 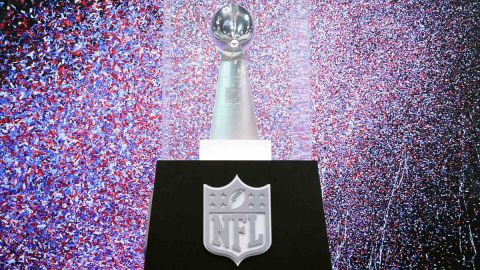