ST. PAUL, Minn. ? LeGarrette Blount and Chris Long loved playing in front of the New England faithful during their time with the Patriots. But they can?t lie: The fans of their new team are a cut above when it comes to passion.

“I know that the Patriots fans, they?re loud, and they?re going to attend your games rain, sleet, snow, whatever it is,” said Blount, who won two Super Bowls in New England before signing with Philadelphia last offseason. “Eagles fans, the same. I feel like (the Philadelphia) fans are a little bit more aggressive for the simple fact that we?ve won a lot of games this year, and they try to take full advantage of that.”

The Patriots are seeking their sixth Super Bowl title in the last 17 years. The Eagles, one of the NFC?s proudest franchises, haven?t won a title during the Super Bowl era and haven?t even played for one since they lost to the Tom Brady and Co. in Super Bowl XXXIX.

That hunger to break one of the NFL?s longest title droughts explains why the city lost its collective mind after the Eagles stomped the Minnesota Vikings 38-7 in the NFC Championship Game to set up a date with the Patriots in Super Bowl LII.

“They?re climbing on top of poles after we win games,” said Blount, the Eagles’ rushing leader this season. “It was crazy in Philly. Fires were set. It was wild.”

Long, who spent eight years with the supremely mediocre St. Louis Rams before hoisting his first Lombardi Trophy with the Patriots last season, has a similar affinity for Eagles fans.

“I mean, they?re awesome,” the 32-year-old defensive end said. “The cool things about Philly fans is they?ve been through a lot. They?ve seen a lot of down years.

“New England, that fan base is amazing. They?ve been there every year. They know what to expect. They?ve got reason to be excited every year. I?m sure they would stick with them if there was ever a downturn ? I can?t imagine that ever happening.

“But in Philly, they?ve been through thick and thin, and they?re really excited about this team having an opportunity to do something that no (Eagles) team has done.”

The Eagles? last NFL championship came in 1960, six years before the first Super Bowl was played. 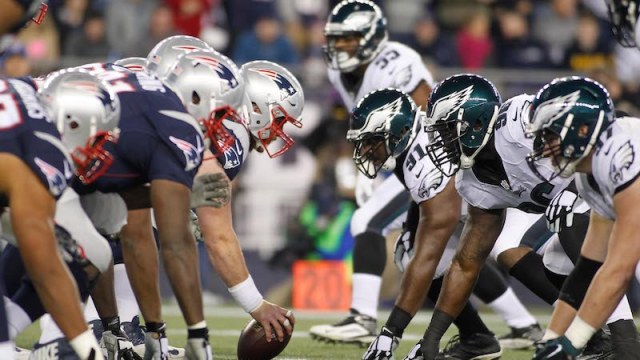 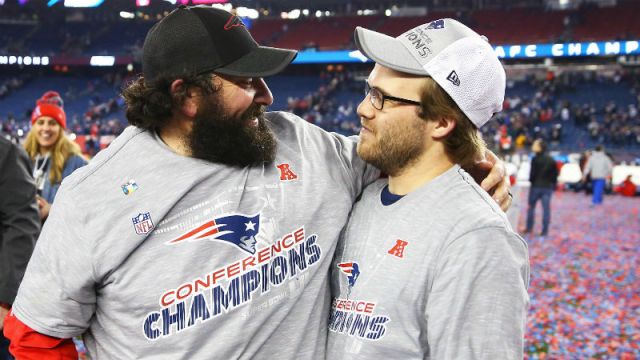