Patriots Mailbag: Would Odell Beckham Jr. Be Worth Price Tag In Trade? - NESN.com Skip to content

The 2018 NFL offseason already has been a whirlwind of trades and activity. It will only get crazier if the New York Giants trade wide receiver Odell Beckham, Jr.

New England Patriots fans obviously are asking if their favorite team can land the superstar wide receiver. Let’s get right into this week’s mailbag.

Would it be worth it, though? Beckham is on the final year of his contract, is going to cost a ton and wants a new deal. The Patriots are probably better off sticking with who they have at that point, right? That’s even if it means bumping up Gronkowski’s 2018 salary.

Beckham is undoubtedly one of the best wide receivers in the NFL, but he’d have to learn a new playbook and abide by the Patriots way as a costly one-year rental. And that’s assuming he wouldn’t just hold out for a new contract after a trade.

The second most likely scenario is a rookie, drafted in the first round, at left tackle. Other options include Tony Garcia, Cole Croston, Andrew Jelks and Matt Tobin.

Expect the Patriots to keep adding at offensive tackle.

Do you think Bill is keeping any of our first round picks? If so, who do you think we’ll pick? (you might’ve already been asked this)
— @thebolenshow
The Patriots only have one first-round pick this year, and I think they will keep it. The Patriots only have selected two players (defensive tackles Dominique Easley and Malcom Brown) in the first round over the last five drafts. There’s a lot of value in first-round picks, and it’s kind of incredible the Patriots have maintained success (by winning two Super Bowls) without using them.

I think the Patriots will look to draft an offensive tackle in the first round. UCLA’s Kolton Miller seems like a fit.

Perhaps that’s when they could sign some players they’ve shown interest in like Jonathan Casillas or Paul Worrilow. They should also look into signing one of the veteran safeties who remains out there like Eric Reid, Kenny Vacarro or Tre Boston. They should come cheap after being on the market for so long.

Why is the trading of Jacoby Brissett not even remotely talked about as being close to if not tied as bad a decision as trading Jimmy G for the return #MailDoug
— @MasonSousa1
Because Jacoby Brissett isn’t very good. I’m fully willing to take on the repercussions involved in writing that sentence if Brissett one day becomes an All-Pro. Because he won’t. I watched him for two summers.

Brissett is a good backup quarterback. And he’s a backup quarterback the Patriots probably were going to cut if they didn’t trade him for Phillip Dorsett. He has the potential to be a low-tier starter. That’s it.

Brissett wasn’t going to be the Patriots’ quarterback of the future, and they got something for him. And sure, Dorsett didn’t do much last season, but he was a body when the Patriots simply needed one at wide receiver.

Are we really acting like Brissett was good last season? He went 4-11 with just 13 touchdowns and seven interceptions while completing less than 59 percent of his passes. That Colts offense didn’t help, but Brissett easily could have and should have been better.

Have you gotten a win in Fortnite yet? #MailDoug
— @TheRealAlper
I tried playing on my phone once and it was impossible.

Biggest QB bust from the ’18 draft class?
— @rohitster
Sorry, PMT guys. I’m going with Josh Allen, even though he’s tall, has big hands, looks good in shorts and has a rocket arm.

Where did you go to college if you did what degree and major did you have
— @WinPatriots
I went to Emerson College and majored in broadcast journalism.

Is @jeffphowe and you teaming up to form a new version of al michaels and john madden
— @MMMX_R
No, but I’m happy for Jeff in his next endeavor. He’ll kill it.

After that, it would be “The Sandlot” and “Major League.”

Will you offer @jeffphowe your Job? #AskDoug
— @vladujic
No, I already have Jeff’s old job. No take backs.

If you could be a super villain . Which one would you choose?
— @timnaughton
Is this a Roger Goodell joke?

If we started a Blink cover band, what would the name be? #maildoug
— @StephenMWarren
I have some ideas: 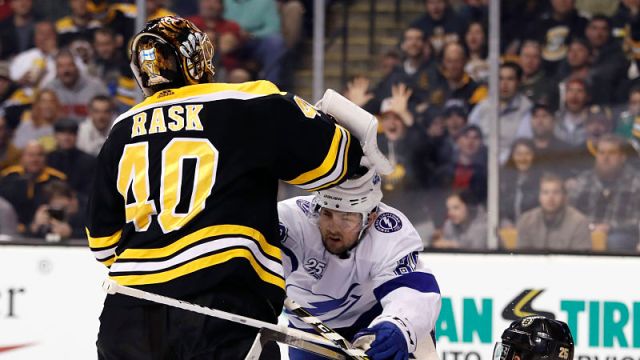 Tuukka Rask Has Perfect Way Of Cooling Down After Fight Vs. Lightning 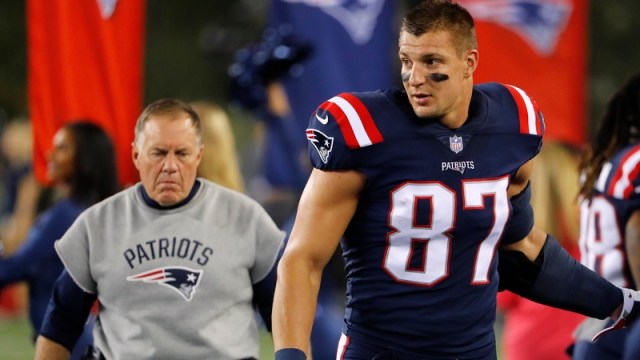 NFL Rumors: Are Patriots Getting Closer To Rob Gronkowski Trade?