FOXBORO, Mass. — Tight end Rob Gronkowski was back inside Gillette Stadium on Saturday, but he wasn’t representing the New England Patriots. Instead, the tight end, who’s contemplating retirement, was appearing in his (old? current?) stomping grounds on behalf of the Monster Energy Supercross team.

A Supercross event is being held inside Gillette Stadium on Saturday afternoon.

Gronkowski has not attended the Patriots’ voluntary offseason workout program, which started Monday. He will be on hand for a summer passing camp with Patriots quarterback Tom Brady and wide receiver Julian Edelman in Montana, however. Brady also has missed voluntary workouts while Edelman has been in attendance.

Here’s how Gronkowski addressed questions regarding his football future.

“My status is doing really great. I’ve been riding dirtbikes. I’ve been training really hard. I can vroom vroom really good. I can ride that bike like no other, and my speed is up there.”

Q: Are you still contemplating retirement?

“Depends on how my racing skills go today.”

“Wow. Coming at me. I’ve learned never talk forward. I’m just here today in the present. I’m working hard, riding these bikes. Just drinking Monster Energy Gronks, so you can get wild, do crazy stuff that people don’t like when I do it, but I’ll just do it. Get crazy.”

Q: When do you plan on making a decision on whether or not you’re going to play?

Q: What do you have to say to fans curious about your status?

“Oh, that they’re going to see a freak-a-leak when I come back. That’s what.”

Q: So, you are coming back?

Q: Have you been in contact with (Bill) Belichick?

“Just Monster motocross, I’ve been worrying about today. It’s going to be great riding out there. People are going to see some big air.”

Q: Will you be putting on your other helmet any time soon?

“Uh, the other one? When it comes down to time. Yeah.”

Q: Do you plan on attending the optional workouts that are upcoming.

“I’ve got dirt biking skills to work on.”

It’s tough to decipher if Gronkowski was being serious in any of his answers. He seemed to hint at a return by saying Patriots fans would see a “freak-a-leak” when he comes back and that he would put his “other” helmet back on “when it comes down to time.”

He did say he wouldn’t attend any of the upcoming voluntary workouts, which include organized team activities practices in late May. Patriots mandatory minicamp begins in June.

Gronkowski’s Supercross bike did have Patriots logos on it. 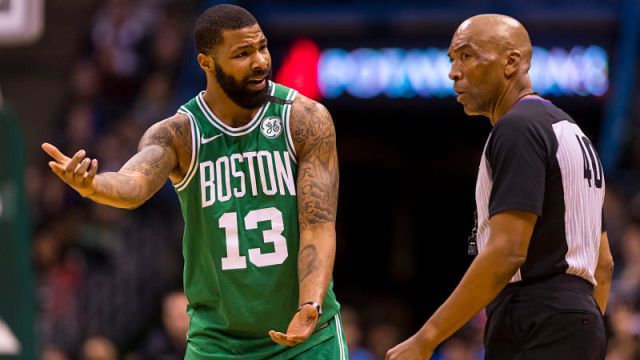 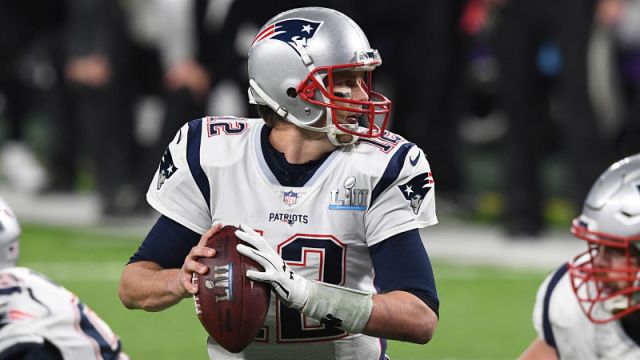 Is ESPN Way Off With Its Win-Loss Prediction For 2018 Patriots?