BOSTON — In the end, it really was too good to be true.

The Boston Celtics were one game away from making the NBA Finals with two star players — Kyrie Irving and Gordon Hayward — sitting on the bench while recovering from season-ending injuries.

Not many thought a young Celtics team could make much noise in the NBA postseason, and yet, through a quarter-and-a-half of Sunday night’s Game 7 against the Cleveland Cavaliers, it appeared they were destined to write a storybook ending.

But the 3s didn’t fall and rookie Jayson Tatum received little help from Terry Rozier and Jaylen Brown, as LeBron James’ near triple-double propelled the Cavs to an 87-79 win and a fourth consecutive trip to the NBA Finals.

The Celtics gave their fans a ride to remember, and although it ended short of the ultimate goal, Boston will only be better having experienced this run.

From head coach Brad Stevens to Al Horford to Tatum and Rozier and Brown, the Celtics, especially the young players, gained invaluable experience to take with them into next season when they will be the hunted, and more likely than not, the favorite to win the conference.

“Yeah, I think I’ll have plenty of time to talk about next year,” Stevens said after the game. “But I don’t want to take away right now from what those guys in that room just did. Kyrie and his play all year helped put us in a position to have home court. As fun as it’s been for a lot of guys, it’s been heart-wrenching in some ways for those guys because they haven’t been able to be out there on the court.

“I think they’re going to be really excited to get back with it. I mean, training camp — I could take a couple days to kind of get away from it, but training camp can’t come soon enough.”

Next year, barring any offseason moves, the Celtics will trot out a lineup of Irving, Hayward, Tatum, Brown and Horford, with Rozier, Marcus Morris, Daniel Theis and Marcus Smart (should he re-sign in the offseason) coming off the bench.

Boston is set up for long-term dominance atop the Eastern Conference.

Danny Ainge has crafted a team that is perfect for the modern NBA. A team led by a 40-year-old basketball savant who got every ounce out of depleted roster this season. A team that will have three stars in the prime of their careers, a blossoming young talent in Tatum who is primed for stardom and an athletic guard in Brown who was brilliant for most of the postseason.

Losing to James without your two best players is nothing to hang your head over.

All in all, this was this team’s first postseason run together, and having the NBA’s best player on the ropes — no matter his supporting cast — is impressive.

And they haven’t even come close to being fully actualized.

With Irving and Hayward back healthy and in the fold, coupled with a year of growth for Tatum, Brown and Rozier, Boston should strike fear into the rest of the NBA.

Their reign is about to begin. 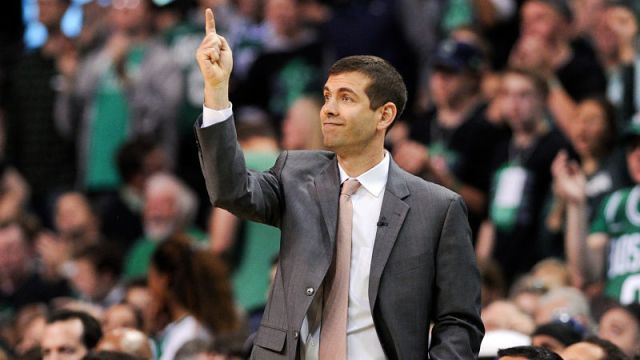