After losing both Kyrie Irving and Gordon Hayward to season-ending injuries, the Boston Celtics weren’t expected to make a lot of noise in the NBA playoffs.

But that’s why they play the games.

The Celtics defeated the Milwaukee Bucks in seven games in Round 1 before easily dispatching the Philadelphia 76ers in five games during the second round. And the train kept on rolling Sunday in Game 1 of the Eastern Conference finals when Boston ran over the Cleveland Cavaliers 108-83 to take a 1-0 series lead.

While all of the C’s playoff success undoubtedly has put a smile on Irving’s face, one FOX Sports radio host and television analyst is wondering if it has caused the star point guard to feel unneeded.

Chris Broussard went on his weekend radio show “The Odd Couple” with Rob Parker and offered a pretty ridiculous idea that Boston’s star might be unhappy at the team’s success without him.

“I’ve been thinking about the success of the Celtics without Kyrie Irving and Gordon Hayward, ” Broussard said, “and I’ve thought to myself: If I’m Kyrie Irving and I’m sitting there watching this go on, obviously you’re going to say you’re happy for your teammates and I’m sure on a certain level you are happy that the team is winning. But I’m just wondering, how are you feeling? You want to be needed. If you’re a star especially, you want to be apart of why you’re winning. And for this young team to be winning the way they are without Kyrie, I’m just wondering how you feeling?”

His co-host Parker quickly said he wouldn’t be bothered by the success if he were Irving unless they win the NBA title. Both Broussard and Parker then proceeded to say Hayward also might feel unneeded as both Jayson Tatum and Jaylen Brown now “are better than him.”

So many takes and not enough time.

This all, of course, is ridiculous. While Irving and Hayward undoubtedly would love to be helping the C’s on their NBA Finals quest, they assuredly are happy at their teammates’ success, especially after dismantling LeBron James and the Cavs in Game 1. 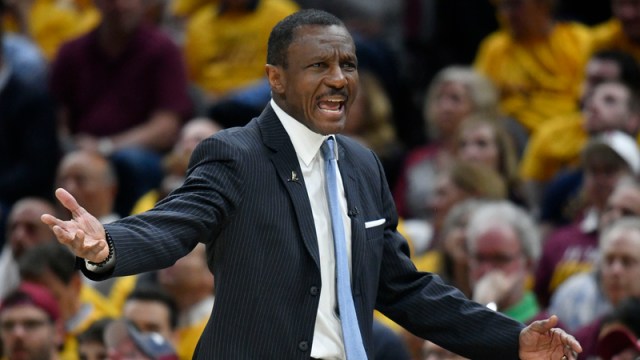 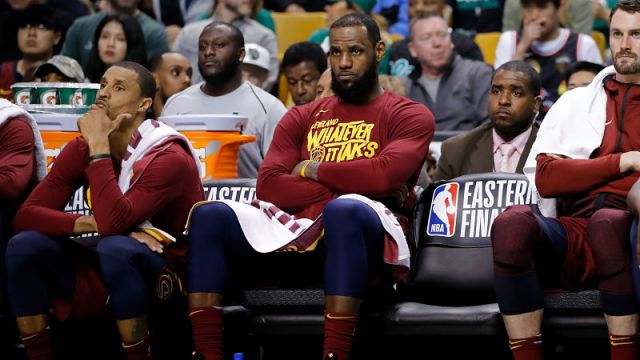