FOXBORO, Mass. — Some notes and nuggets from Day 1 of New England Patriots minicamp:

— Tom Brady showed no signs of rust Tuesday in his first practice of the spring, completing 24 of 31 passes (including 10 of 12 in 11-on-11 drills) and bringing his trademark intensity to the proceedings.

“It’s always loud with (No.) 12 out there,” wide receiver Julian Edelman said. “He’s an intimidating SOB.”

Brady completed passes to 14 different receivers during competitive 4-on-4, 7-on-7 and 11-on-11 drills but none to his top two targets: Edelman and tight end Rob Gronkowski.

Like Brady, Gronkowski was making his spring practice debut Tuesday after sitting out the voluntary portion of the Patriots’ offseason program.

— One of the more puzzling developments of spring practice thus far has involved cornerback Jason McCourty.

McCourty, the twin brother of Patriots safety Devin McCourty, has yet to take a single rep in team drills during the three sessions that have been open to the media.

The reason for this remains unclear. After Tuesday’s session, McCourty sidestepped a question about whether he’s dealing with an injury.

“Just being out here has been good,” the 10-year veteran said. “I’m just going with the flow of everything happening. I’m just happy to be out here and happy to be a part of this organization now moving forward.”

While injured players have split off from the team to run through conditioning drills, McCourty has stayed with the main team for the duration of each practice, watching 7-on-7s and 11-on-11s from the sideline.

McCourty has been viewed as a leading candidate to take over the starting cornerback job formerly held by Malcolm Butler, and his absence from the team portion of practice has allowed others to take on heavier workloads. Undrafted rookie J.C. Jackson has lined up opposite Stephon Gilmore in the first-team defense in each of the past two open sessions.

This is McCourty’s first season with the Patriots after eight with the Tennessee Titans and one with the Cleveland Browns.

— Earlier this offseason, Gronkowski added “horse co-owner” to his résumé when he purchased a stake in a racehorse named after him.

An illness kept Gronkowski the horse out of the Kentucky Derby last month, but he’s scheduled to race in the Belmont Stakes this Saturday.

“I’m excited,” Gronkowski (human version) said after practice. “It was supposed to race in the Kentucky Derby but it got sick so they didn’t fly it across the country to it. It’s pretty wild. I heard about the horse like a year ago, and I saw it and I was like ‘that’s cool,’ you know? Then all of the sudden, the horse is in the Kentucky Derby a year later. So it’s pretty wild.

“It’s a pretty cool scenario. Pretty cool situation. It just shows — name the horse my name, and it’s going to make it, baby.”

Hey Gronk, are you going to take Gronk the Horse for a ride sometime?

Gronk: ?Hopefully. I like taking things for a ride.? pic.twitter.com/EAcHIWBeAB

— The Patriots lost one of Brady’s favorite weapons and one of Edelman’s closest friends when wide receiver Danny Amendola signed with the Miami Dolphins earlier this offseason.

“That’s the nature of this beast, this business,” Edelman said. “Guys come and go. You make a lot of relationships that you’ll cherish forever, (and) it’s sad to see a guy like him go. But, I mean, that’s in the past now, and now you’re looking forward to molding and getting together with your new teammates. Because I could tell you right now, this isn’t the first team to lose a guy like that and it won’t be the last.

“So I hope he does well, but I’m more focused on the guys in our room right now and helping our team.”

— Thanks to Brady’s return, the media presence at Tuesday’s session was massive. According to Dan Roche of WBZ-TV, the Patriots’ media relations staff issued 109 credentials to media members — an enormously high number for a June practice.

Day 1 of Patriots minicamp is a media mob scene. There are at least 20 TV cameras here. pic.twitter.com/Lq1QcoHZxh 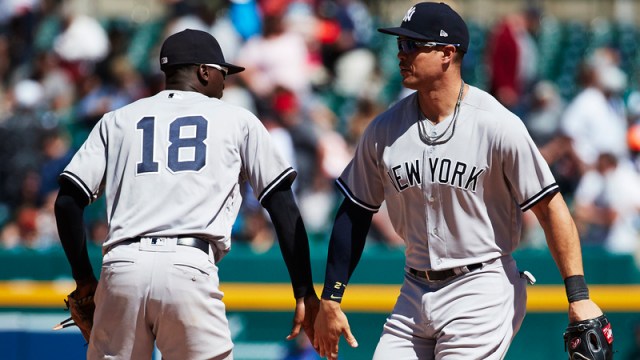