The Patriots’ defense needs help, and it appears Bill Belichick and Co. are interested in seeing who is available.

Michael Bennett, 25, played in 13 games for the Jacksonville Jaguars in 2015, but has played in just one NFL game since. In case it needs mentioning, he is not the Michael Bennett that is twin brothers with ex-Pat Martellus Bennett.

Ryan Delaire, 26, is an adept pass rusher who played 15 games with the Carolina Panthers between the 2015 and 2016 seasons, totaling 3 1/2 sacks in that stretch. He spent the preseason with the Indianapolis Colts but was let go during final cuts.

John Simon, 27, arguably is the most compelling name on the list. He too was a final cut by the Colts, but that came as something of a shock. A fine pass rusher himself, he’s played in 54 NFL games with three teams since coming into the league in 2013. Over nine games with the Colts last campaign, he had 28 tackles and 15 assists with three sacks and a 26-yard pick-six.

Azeem Victor, 23, was a sixth-round pick of the Oakland Raiders in the 2018 NFL Draft, but he was waived Sept. 1. He was picked up by the Tampa Bay Buccaneers for their practice squad, but was waiver 10 days later.

The Patriots’ front seven has not been great, and has been particularly hindered by the loss of edge rusher Trey Flowers due to a concussion. Whether or not one of these four workouts sticks remains to be seen, but suffice to say the Patriots are keeping their eyes peeled. 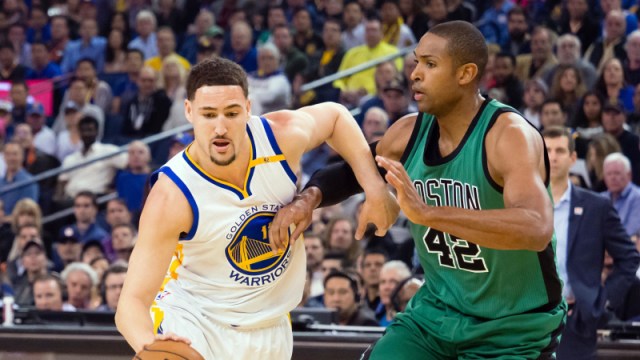 Why Klay Thompson Believes Celtics Could Be Biggest Threat To Warriors