It would have been difficult for the New England Patriots to make a bigger splash acquisition after their Week 2 loss to the Jacksonville Jaguars than adding Josh Gordon.

Even the most curmudgeonly Patriots fans had to stop and celebrate when Bill Belichick swung a deal for the ex-Cleveland Browns wide receiver Monday afternoon. There’s a decent chance Gordon won’t pan out in New England’s business-like environment. But if he does? Watch out.

So, how can Gordon help out a team that lost 31-20 to the Jacksonville Jaguars? Before you ask, no, he can’t play linebacker.

But anyone who says Gordon no longer has the potential he possessed back in 2013, when he led the NFL in receiving yards, hasn’t watched him lately. Gordon caught 18 passes for 335 yards with a touchdown in just five games last season. Extrapolate that over a full season, and that’s 58 catches for 1,072 yards with three touchdowns. And that was with DeShone Kizer throwing passes.

His skills didn’t disappear over the offseason either.

Watch him fight through tight coverage and high-point this ball from quarterback Tyrod Taylor.

The Patriots haven’t had a wide receiver with that combination of size, strength and natural catching ability since Randy Moss —  not to put any undue pressure on Gordon.

He ran through double coverage to make this near-touchdown grab from Kizer in Week 17 last season.

Gordon’s a good route runner for his size and knows how to find holes to beat zone coverages.

The Patriots also haven’t had a wide receiver with Gordon’s length and ability to catch away from his body since they had Moss.

At the 45-second mark of the above clip, you’ll see Gordon high-point another pass. If Gordon sticks around long enough, and if the 6-foot-3, 225-pound wideout earns Tom Brady’s trust, then all the Patriots QB has to do is chuck it up, and Gordon probably will come down with it. The replay of that catch shows Gordon’s ability to fight through physical coverage.

He also showed his physical nature at the 1:04 mark, creating yards after the catch while barreling through defenders.

Another aspect of Gordon’s game that stuck out in our film review was his vision after the catch. Gordon can catch a pass off a shallow crossing route and make it into a big play by weaving through defenders.

If Gordon plays in Week 3 against the Detroit Lions, then he’ll likely only take on a part-time role with a set of plays designed with him in mind, but he does have the potential to unseat Chris Hogan or Phillip Dorsett as starters.

The Patriots didn’t previously have a prototypical “X” receiver on their offense. Gordon is as prototypical as they come.

Here’s a play the Patriots could have used Gordon on Sunday. The Patriots faced third-and-10 from the Jaguars’ 11-yard line with 2:56 left in the second quarter.

Cordarrelle Patterson, at the top of the screen, is facing 1-on-1 man coverage. Brady knows this because he sent tight end Rob Gronkowski in motion to the right. Brady still looks Gronkowski’s way first, but the big tight end is double-covered, so Brady safely chucked it over to Patterson toward the sideline. Patterson came down with the ball out of bounds. So, what would happen on this play if Gordon had replaced Patterson? The Jaguars suddenly have to decide if they’re going to double-cover Gronkowski or Gordon. Brady can simply create a jump-ball situation for whoever receives the single coverage.

Brady mostly relied on short, quick passes throughout the game. That’s likely for two reasons: The Patriots didn’t want to give the Jaguars’ pass rush time to reach Brady, and they didn’t trust their receivers to get open against Jalen Ramsey and A.J. Bouye. The latter becomes less of a problem with a player like Gordon on the field.

Here’s what else we noticed from our film review:

— We would have liked to have seen tight end Jacob Hollister get more reps on offense. He was on the field for 14 plays and caught three passes for 35 yards. One of the Patriots’ best play designs came on a 23-yard catch and run by Hollister when he ran a route out of the backfield at fullback.

— Running back Sony Michel had an impressive 15-yard powerful run, but we didn’t see a whole lot more in the way of promising carries out of Michel, Burkhead or White, all of whom tended to go down on first contact.

— It was odd to see the Patriots test the Jaguars’ lateral speed. Jaguars linebackers Telvin Smith and Myles Jack were quickly getting to stretch handoffs, speed routes and shovel passes.

— After using a personnel package with two running backs on the field 10 times in Week 1, the Patriots only used that formation once Sunday.

— Either defensive end Adrian Clayborn was running past his assignment or the Patriots’ interior defensive line wasn’t doing a good job of keeping contain, because New England let Jaguars quarterback Blake Bortles out of the pocket to scramble too many times.

— How much the Patriots missed defensive end Trey Flowers, who went down early with a concussion, can’t be understated. He had two pressures, a run stuff and a forced fumble in seven plays. The Patriots couldn’t pressure, contain or set an edge after he left the game.

— Defensive game ball goes to defensive end Lawrence Guy, who was dominant against the run.

— The Patriots struggled to cover crossing patterns all game. It was a combination of lacking speed at linebacker and defensive backs getting caught up on pick routes. It all culminated in a 61-yard catch and run by Jaguars wide receiver Dede Westbrook. On that play, either Jonathan Jones was supposed to follow Westbrook across the field, or someone didn’t get the message he was being passed off.

TAKE IT TO THE HOUSE @DedeTHEGreat11 #DUUUVAL pic.twitter.com/b314NMjJZi

— The Patriots played pretty poorly across the board, but they still had a window to win the game. Three plays could have helped spark a comeback: Van Noy’s interception, cornerback Stephon Gilmore’s forced fumble and a brilliant 27-yard catch and run by White.

— And three plays thwarted it: Brady’s strip sack, White getting 1 yard short of a first down midway through the fourth quarter, and Westbrook’s 61-yard touchdown.

— Wide receiver Chris Hogan had a nice second half with two touchdowns.

— It’s time to see if defensive end Derek Rivers can set an edge.

— Safety Patrick Chung was concussed early in the second quarter but didn’t come out of the game until halftime. He let up a touchdown right before the half.

— Cornerback Stephon Gilmore had a good overall game outside of letting up a touchdown. Gilmore was in close coverage on the play.

— Cornerback Eric Rowe got a quick hook after allowing two 20-plus-yard plays, including a touchdown. There was nothing he could have done on Jags wide receiver Keelan Cole’s one-handed grab.

Rowe later came back into the game and let up a 22-yard catch. 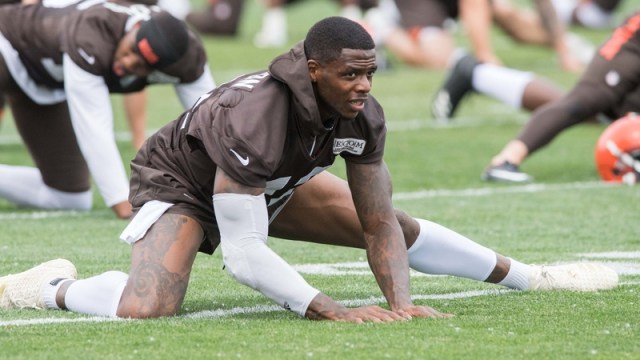 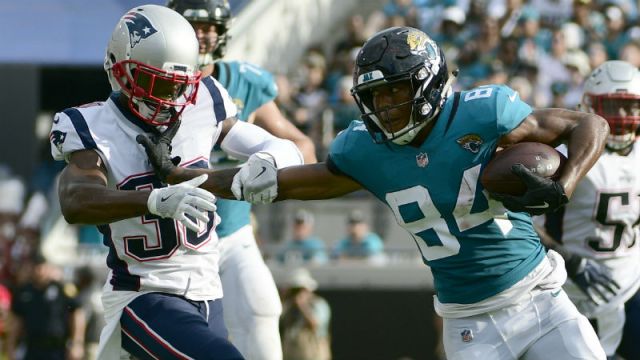 Patriots Believe Opponents Will Exploit This Defensive Weakness If Not Corrected