Will Russell Wilson turn it around after a slow start to the season? Can you trust Isaiah Crowell to deliver again after his historic Week 5?

Each week presents new conundrums in the fantasy football world, and daily fantasy allows you to use research (and your hunches) to take advantage of the latest NFL trends.

Below is our “optimal lineup” for DraftKings’ main Sunday slate (early afternoon and late afternoon games), which allots a $50,000 budget for a roster of nine players.

Quarterback: Russell Wilson, Seattle Seahawks ($5,700)
Wilson got back on track in Week 5 with three touchdown passes, and while the yardage still wasn’t there, he has a great opportunity to air it out in London this weekend against an Oakland Raiders defense allowing an average of 308 passing yards over the last three weeks.

Running Backs: Christian McCaffrey, Carolina Panthers ($8,300); Isaiah Crowell, New York Jets ($5,000)
McCaffrey continues to rack up touches in both the running and passing games. The Washington Redskins aren’t the most exploitable matchup, but Carolina should rely heavily on its dual-threat running back in Sunday’s road tilt.

Will Crowell rush for a franchise-record 219 yards again this week? Well, no. But if the Jets want to ride the hot hand, there’s no better time to do it than Sunday against the Indianapolis Colts, who allowed 17 or more fantasy points (half-PPR leagues) to both James White and Sony Michel in Week 5.

Boyd’s production dipped a bit in Week 5 after his monster Week 4, but he still amassed seven targets. The Pittsburgh Steelers’ secondary is a mess (second-most passing yards allowed this season), so Boyd is a great bounce-back candidate.

The only issue with Lockett has been volume — he has 50 or more receiving yards in every game this season — and as mentioned above, Wilson could look to move the ball through the air more often. Even with Doug Baldwin back, Lockett is a strong value play.

Tight End: Austin Hooper, Atlanta Falcons ($3,500)
A week after his best game of the season — 9 catches for 77 yards on 12 targets — Hooper gets a matchup against a Tampa Bay Buccaneers defense that’s allowed the most fantasy points to tight ends this season. Sign us up.

Flex: T.J. Yeldon, Jacksonville Jaguars ($6,400)
With Leonard Fournette sidelined for another week, Yeldon remains Jacksonville’s workhorse back. (Sorry, Jamaal Charles.) Expect him to keep rolling against the Dallas Cowboys, who are allowing an average of seven receptions per game to opposing running backs.

Defense: Chicago Bears ($3,300)
The Bears’ D/ST has been remarkably consistent this season, scoring at least 14 fantasy points in every game. The Miami Dolphins play better at home but still are turnover-prone, with five giveaways in their last two games. 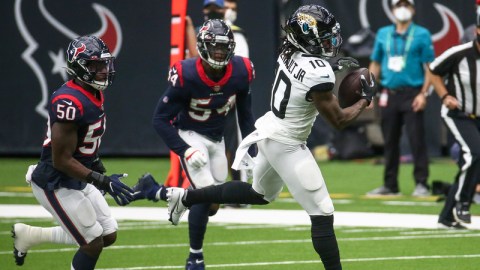 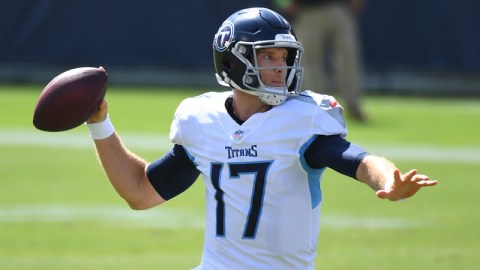