FOXBORO, Mass. — That Josh Gordon has lasted with the New England Patriots for this long already has proven more than a handful of his doubters wrong.

When Gordon was acquired in a trade with the Cleveland Browns on Sept. 18, some predicted he would only last in New England for days or weeks. He’s caught four passes for 88 yards with a touchdown in two games and 18 snaps since being added. Relatively speaking, Gordon has caught on quickly with his new team. Wide receiver Phillip Dorsett caught just 12 passes for 194 yards in 15 games last season.

Gordon has received plenty of assistance in his short time with the Patriots, and it’s come inside and outside of the organization from fans, teammates, coaches and staffers.

“It hasn’t been too tough,” Gordon said of picking up the Patriots’ playbook. “I think that’s greatly due in part to the amount of help I receive from my teammates here, definitely Tom (Brady), all the receivers help bringing me along on a daily basis. The coaches, just giving me all these resources I need. And me taking advantage of it, going home and studying that daily.

“I think even a part of having a certain amount of experience in the league already and seeing so many different offenses and stuff, I think the language of it is somewhat familiar. It hasn’t been too tough.”

Having a locker directly next to Brady’s certainly helps. Outside of head coach Bill Belichick, there probably isn’t a better resource inside Gillette Stadium to get acclimated quickly.

“Most of the day we wind up talking football, whether it be in the locker room here briefly or in most of the meeting rooms or time after practice,” Gordon said. “We carve out time, and we make it happen. We make sure if there’s something that might be a concern for him or me or he wants to know how I like to do something or how he wants to do something, I just ask him. He’s open about it, and it makes it easy for me to communicate with him. It makes it a real natural type of relationship.”

Gordon also has received help from the Patriots’ character coach and team chaplain, Jack Easterby. Gordon’s career has been derailed at times because of substance abuse and mental-health issues. Eastery is a good guy to lean on to help keep those issues in check.

“Jack’s been huge with helping me move in, get acclimated to the city, to the environment,” Gordon said. “He’s been hands-on, very hands-on. Kind of just made this whole process that much easier for me. Really appreciative of him.”

Gordon is even enjoying his new surroundings. Patriots fans, for the most part, have greeted Gordon with open arms. Gordon received one of the biggest ovations in the Patriots’ 38-24 win Thursday night when he caught Brady’s 500th touchdown pass in double coverage over two Indianapolis Colts defensive backs.

“Foxboro is a real nice town, real nice and quiet and peaceful,” Gordon said. “Me and my girlfriend are making it home. My family’s here now. I consider it, the people in this community and around it, family, they treat us nice everywhere we go. It’s been a great experience for us.”

Gordon could wind up seeing an uptick in playing time Sunday night against the Kansas City Chiefs with a long week to prepare for the game. 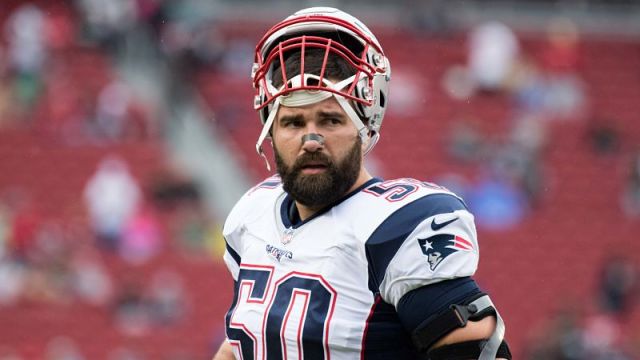 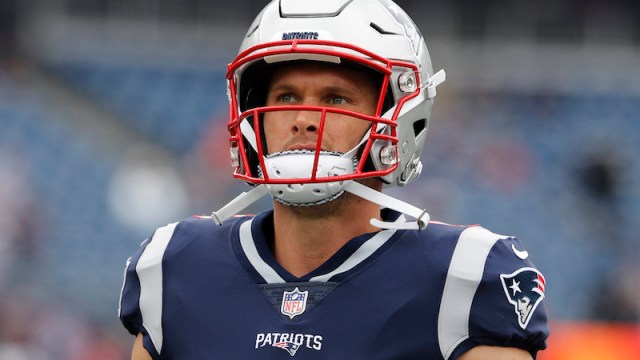