Will the real Philadelphia Eagles please stand up?

After rolling to a Super Bowl title last season, the Eagles have been the definition of mediocre in 2018, falling to 3-4 after blowing a 17-point lead to the Carolina Panthers. Meanwhile, in the AFC, the Jacksonville Jaguars benched embattled quarterback Blake Bortles for Cody Kessler, and you can guess how that went.

With seven weeks of action now in the books, here?s how we’re ranking every NFL team from No. 1 to No. 32. (For our Week 7 power rankings, click here.)

1. Los Angeles Rams (7-0; Last week’s rank: 1): Sean McVay’s Death Star continued to fire on all cylinders with a 39-10 beatdown of the San Francisco 49ers. The Rams will face stiff tests over the next two weeks, as they welcome Aaron Rodgers and the Green Bay Packers this Sunday before heading to New Orleans to face the Saints.

2. New England Patriots (5-2; 2): There was no letdown for Tom Brady and Co. after their shootout win over the Kansas City Chiefs. The Patriots scored two specials teams touchdowns and survived a Mitchell Trubisky Hail Mary to beat the Chicago Bears 38-31. New England lost running back Sony Michel to injury, though, making its backfield even thinner than it already was.

3. Kansas City Chiefs (6-1; 3): Patrick Mahomes and the Chiefs rebounded from their loss to the Patriots by hammering the Cincinnati Bengals 45-10. It looks like the weather might be the only thing that can stop Andy Reid’s high-powered offense.

4. New Orleans Saints (5-1; 4): It took Justin Tucker’s first extra point since he was 16 for New Orleans to beat the Baltimore Ravens. The Saints now march to Minnesota for a revenge game against the Vikings. Remember this?

5. Los Angeles Chargers (5-2, 5): The Chargers scooted across the pond and survived a late Marcus Mariota touchdown to beat the Tennessee Titans 20-19 at Wembley Stadium. Anthony Lynn might be the only thing that can stop the Chargers from a deep playoff run.

6. Minnesota Vikings (4-2-1; 6): The Vikings beat another inferior opponent in Week 7, crushing the New York Jets 37-17. They did so, however, on the back of two plays that didn’t have a high probability of success.

Both of Kirk Cousins touchdowns today had less than a 30% Completion Probability.

This season, Cousins has the most completions (9) and TDs (7) on throws that had less than a 30% chance to be completed.#MINvsNYJ #Skol pic.twitter.com/Qqw1IUMheJ

Can Minnesota’s luck continue in Week 8?

7. Pittsburgh Steelers (3-2-1; 7): Pittsburgh exits its bye week the same way it entered: without Le’Veon Bell. The star running back didn’t report during the off week, meaning James Conner will continue to be the Steelers’ bell cow back.

8. Carolina Panthers (4-2; 12): The Panthers trailed the Eagles by 17 points, but Cam Newton and the offense outscored Philly 21-0 in the fourth quarter to win 21-17, capped off by a 1-yard touchdown pass from Newton to Greg Olsen.

9. Baltimore Ravens (4-3; 10): The Ravens were dead even with the Saints on Sunday — minus a Tucker missed PAT — and might be the favorite in the AFC North.

10. Chicago Bears (3-3; 9): Trubisky overthrew no less than 12 receivers, the Bears gave up two special teams touchdowns, and yet, they were 1 yard away from taking the Patriots to overtime.

11. Cincinnati Bengals (4-3; 8): Cincinnati followed up its heartbreaking loss to the Steelers by being taken to the woodshed by the Chiefs. Same old Bengals.

12. Green Bay Packers (3-2-1; 14): The Packers come off their bye to face the Rams before heading to Foxboro to battle the Patriots. It would be tough to see Green Bay making the playoffs if it didn’t win at least one of the next two games.

13. Washington Redskins (4-2; 20): Jason Garrett’s miserable clock management helped the Redskins grab a key division game and take a 1 1/2 game lead in the NFC East. Alex Smith threw for fewer than 180 yards for the second week in a row, but a 24-carry, 99-yard game from Adrian Peterson and a fierce defensive effort helped Washington move to 4-2.

15. Houston Texans (4-3; 17): Deshaun Watson is too injured to fly on a plane, but he still can play football. We’re not sure how that makes sense, but the Texans have won four in a row to take over first place in the AFC South.

16. Tennessee Titans (3-4; 13): After darting out to a 3-1 start on the back of grit and Mariota’s leadership, the Titans have plummeted back to earth. Fortunately, they have a week off to figure out how to fix their anemic offense.

17. Atlanta Falcons (3-4; 22): Atlanta probably has to go 6-3 the rest of the season to have a shot at the playoffs. It’s not impossible, but it’ll be tough with that sieve of a defense.

18. Detroit Lions (3-3; 24): If Lions want to show they are real playoff contenders, they have to beat the Seattle Seahawks in Week 8.

21. Dallas Cowboys (3-4; 18): Just when you thought the Cowboys might be back, Dallas goes and stinks up FedEx Field in a 20-17 loss. Can the blockbuster trade for receiver Amari Cooper help turnaround the ‘Boys’ season?

22. Denver Broncos (3-4; 25): Von Miller said the Broncos were gonna kick the Cardinals’ ass, and Denver did just that. Now they get another crack at the AFC West-leading Chiefs in Week 8.

23. Jacksonville Jaguars (3-4; 19): Remember when the Jags decided not to draft Lamar Jackson and instead elected to extend Bortles? Mistake.

24. Cleveland Browns (2-4-1; 16): In the latest episode of “That’s So Browns,” Buccaneers kicker Chandler Cantazaro drilled a 59-yard field goal in overtime to beat Baker Mayfield and the upstart Browns. We remain confident that Cleveland would at least be 4-3 if anyone not named Hue Jackson was coaching.

26. Tampa Bay Buccaneers (3-3; 26): Jameis Winston certainly isn’t the long-term answer at quarterback, but he’s all Tampa has until the Fitzmagic reemerges.

27. Indianapolis Colts (2-5; 28): If the Colts had lost to Derek Anderson and the Bills, they would have had to disband the franchise.

32. Buffalo Bills (2-5; 31): The Bills are going to start Anderson in a “Monday Night Football” game against the Patriots? Good luck. 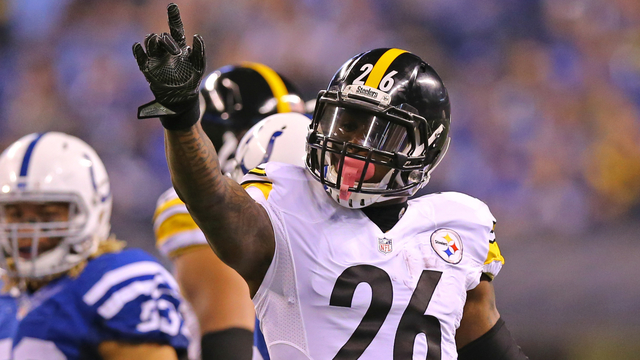 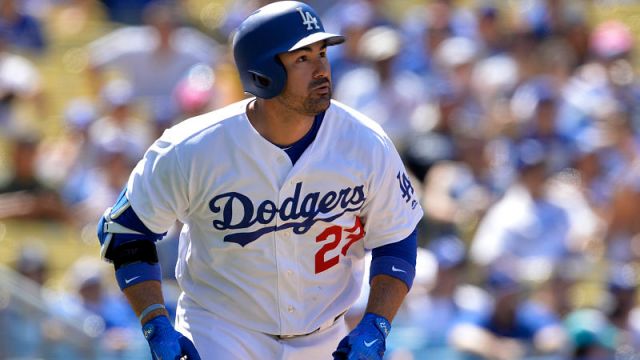