FOXBORO, Mass. — Hours before the New England Patriots played Monday night, a report surfaced, via NFL Media, that wide receiver Josh Gordon would be disciplined during the game for tardiness.

Ian Rapoport reported Gordon was “expected to be kept off the field for several series — about a quarter.” Gordon then started the game and played 84.2 percent of snaps. His play-time percentage was down from Week 7 (95.3 percent) but up from Week 6 (80.8 percent).

Patriots wide receivers coach Chad O’Shea was asked about the report Wednesday and had nothing but effusive praise for Gordon.

O’Shea said his initial impression of Gordon has been a “positive experience” overall. Other teammates and coaches have seconded that notion.

“He’s done a great job of spending extra time with not only Tom but our other receivers that have been helpful to him,” O’Shea said. “And learning not only our offense but learning the way we do things here.”

Prior to Gordon, the Patriots struggled to acclimate receivers acquired at the start of or during the regular season. Among those wideouts, Doug Gabriel, who caught 25 passes for 344 yards with three touchdowns in 2006, had the most production, and he was actually released before that season was over. In 2017, for instance, Phillip Dorsett caught just 12 passes for 194 yards during the regular season.

So, it’s a testament to Gordon’s talent and effort that he’s already caught 17 passes for 266 yards with a touchdown in five games with the Patriots.

“I think he’s done a good job of allowing his teammates, specifically the receivers and the other players who work with the passing game, to help him in learning the offense,” O’Shea said. “But he’s definitely worked hard and done everything we’ve asked him to do to try to learn as quickly as he can.”

The Patriots will need Gordon to keep producing moving forward. The offense as a whole took a jump when Julian Edelman returned from a suspension and Gordon began receiving more snaps. 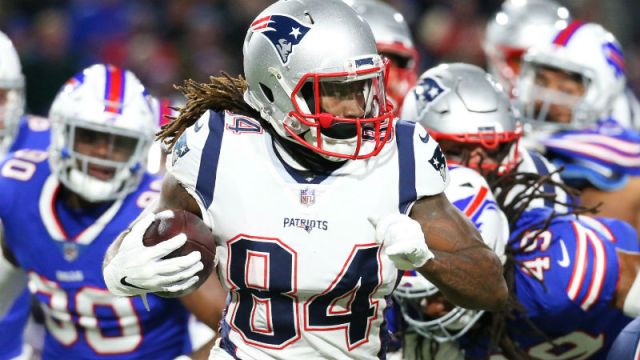