Receiver Cordarrelle Patterson Starts For Patriots At Running Back - NESN.com Skip to content

ORCHARD PARK, N.Y. — With just two healthy running backs on their 53-man roster, the New England Patriots got creative at the position on their opening drive Monday night against the Buffalo Bills.

Wide receiver Cordarrelle Patterson started at running back over actual running backs James White and Kenjon Barner. He carried the ball 6 yards on the opening snap. He lost 4 yards on another carry later in the drive.

Patterson has only been used as a gadget player on offense so far this season. He came into the game with 11 catches for 114 yards with two touchdowns and seven carries for 36 yards. He’s played just 26.1 percent of offensive snaps.

Patterson also has 11 kick returns for 366 yards and a touchdown.

Patriots starting running back Sony Michel was ruled out Sunday night with a knee injury. 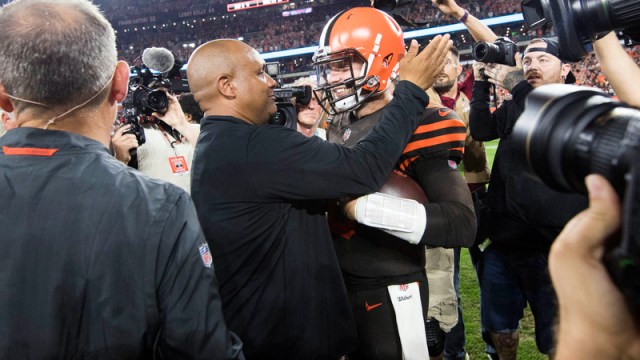