Some takeaways from Bill Belichick’s Christmas Eve conference call, which came one day after the New England Patriots’ 24-12 win over the Buffalo Bills at Gillette Stadium:

— Patriots left guard Joe Thuney is the only Patriots player who’s played every offensive snap this season. Since entering the NFL as a third-round draft pick in 2016, he’s started every game and played 3,299 of a possible 3,308 regular-season snaps.

“I think Joe as a rookie was really able to, because he played so much as a rookie, he didn’t have the training off the field that a lot of younger players sometimes get who aren’t playing as much,” the Patriots coach said. “Since Joe played a lot his rookie year, he was just trying to keep his head above water and be ready for the next game and play in it and start all over again the following week.

“But that offseason and the following … he’s been able to gain strength and, I’d say, just become a more physical player and physically improve his strength, power, explosion, flexibility, and that’s certainly helped him in the last couple of years, as well. I’m not saying it was bad, but it’s definitely gotten better, and that’s helped him.”

The Patriots have not had a player play every offensive or defensive snap over the course of a full regular season since quarterback Tom Brady and center Ryan Wendell both did so in 2013. Thuney can join that list if he goes full 60 this Sunday against the New York Jets.

The Patriots racked up 273 rushing yards against the Bills, the second-highest single-game total in the Belichick era and the 10th-highest in franchise history.

“And of course, particularly with Joe, playing with a new left tackle this year (in Trent Brown), his consistency and ability to work with Trent literally every day in terms of passing games and seeing twists and some of our communication on third down and against some of the difficult fronts that teams give us in passing situations, that’s been huge for us.

“Joe is really smart, well-prepared, very dependable, and he’s out there every day. That’s the most important thing.”

— Defensive end Ufomba Kamalu, who was promoted from the practice squad late last week, made an early impact Sunday, tackling running back LeSean McCoy for a 4-yard loss on his first defensive snap as a Patriot.

“He’s worked hard for us,” Belichick said. “He’s played some different positions. When he was with the Texans and when we practiced against them (during the 2017 preseason), we saw. And watching him in preseason this year, he played some different spots in terms of outside linebacker, defensive end. We wanted to look at him a little bit inside.

“He’s an athletic guy who has good size and length (6-foot-6, 300 pounds). He works hard. I’m glad we were able to get him to play a few plays, and we’ll see how that goes going forward.”

Kamalu played 13 defensive snaps in his debut and also was used on the kickoff team — a rarity for a 300-pounder. Belichick seems intrigued by the 26-year-old’s skill set.

“He runs pretty well,” Belichick said. “He really played outside linebacker with the Texans. I’m not saying he’s an outside linebacker, but he played that spot for them, so I think that gives you some idea of his athleticism.

“Not saying he’s a coverage linebacker — you wouldn’t want to put him on James White or something like that — but the fact that he would play out there in space at the end of the line was impressive, and those are the kind of players that can transfer to that type of special teams role, like (former Patriots defensive end) Geneo Grissom did. That’s another bigger player (265 pounds) who did that for us as an example.”

Kamalu said the Patriots have tried him out in multiple spots since he signed with the team in early November but that his primary position has been defensive end.

— Belichick said he’s happy for Patriots cornerback Jason McCourty, who is headed to the postseason for the first time in his 10-year NFL career.

McCourty’s history of playing on perennial losers (eight years with the mediocre Tennessee Titans, one with the winless Cleveland Browns) allows him to bring a different perspective into a Patriots locker room that’s loaded with Super Bowl winners.

“Jason, I think, has given this team a lot of leadership and energy in a way that’s kind of unique because he hasn’t been here and he hasn’t had the success that some others of us have been fortunate to be a part of,” Belichick said.

“And maybe in a way, he has more of an appreciation for it. He has an appreciation for it, and I think it’s good for all of us to see that and understand that (an AFC East title) is not something that ever should be taken for granted. … There’s more (goals) ahead of us, but that’s one to be proud of to accomplish. It’s not easy to do.” 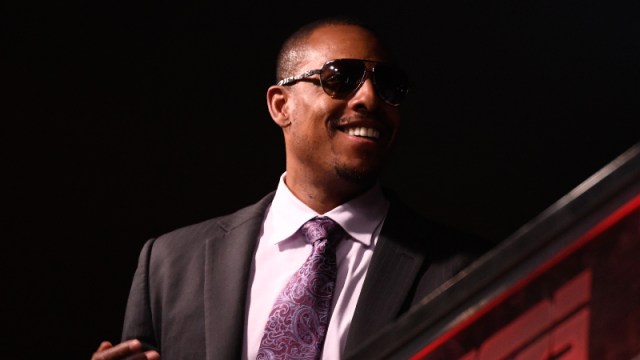 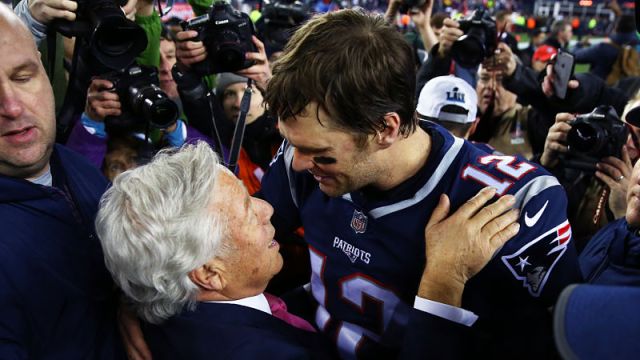 Tom Brady Gushes Over Patriots Owner Robert Kraft: ‘I Love Him Like A Dad’