The NFL still isn’t ready to embrace medicinal marijuana, and neither is CBS.

And Philadelphia Eagles defensive lineman Chris Long has a problem with that.

Now, it’s easy to see why CBS and the NFL wouldn’t want to a run pro-cannabis ad. The league regularly faces criticism for its strict marijuana policy, which exists alongside its perceived leniency toward prescription painkillers.

Regardless of how you feel about cannabis, the NFL or any of this stuff, it’s hard to not notice the blatant hypocrisy in CBS’ decision.

That’s all that really needs to be said.

The New England Patriots and Los Angeles Rams will square off in Super Bowl LIII on Feb. 3. And although the Big Game broadcast won’t feature any pro-pot spots, there still should be plenty of humorous ads for fans to enjoy. 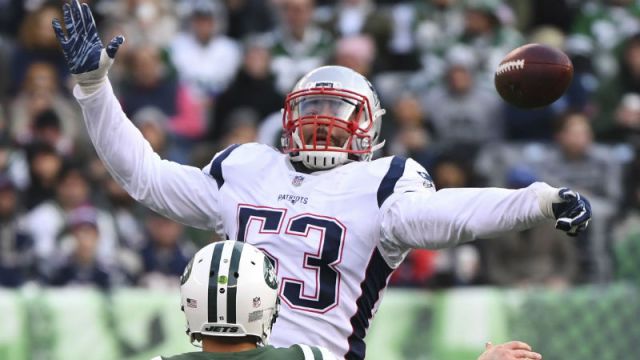