Remember when a slew of media members claimed the New England Patriots weren’t going to beat the Los Angeles Chargers on Sunday?

New England made easy work of Los Angeles in the AFC Division game, rolling to a 41-28 victory at Gillette Stadium. The win sends the team to Arrowhead Stadium for a date with the Kansas City Chiefs next Sunday. The winner, of course, goes on to play in Super Bowl LIII.

There were plenty of eyes on quarterback Tom Brady heading into the game, with much of the media saying he and the Patriots wouldn’t come out on top. So we decided to compile some of the best tweets from those who now are eating crow.

Chiefs-Chargers Round 3 is going to be a ton of fun. The two best teams in the AFC all year. Can't wait.

"Even if you say Tom Brady is better than Philip Rivers … the Chargers are the better team. They're a very good road team; they're 8-1 — they've won their last 7 games on the road. With that being said, I'm going to take the Chargers." ? @ShannonSharpe pic.twitter.com/4iBWgPb1eM

This weekend will be remembered by the game that ended the greatest run in NFL history ? the dynasty of Brady and Belichick.@getnickwright explains pic.twitter.com/7w961dMkdD

The Patriots dynasty is in its final hours. Gronk?s last game. Brady will get beat up. Feel like Christmas morning. Last time we have to take the Patriots seriously as a Super Bowl threat.

I'd rather have all other QBs in the AFC not named Tom Brady in these playoffs right now, and so would you. #FirstTake pic.twitter.com/D6fGByw6W8

"This is the end of the Belichick-Tom Brady era… They will never win another Super Bowl." @EricDickerson believes Chargers will end the Patriots' era with a win on Sunday pic.twitter.com/dgqnkMwI4b

"I love Andrew Luck. I've decided Luck is the best QB in pro football. … I say congratulations and condolences to Andy Reid. He gets to play Luck, and this team that's won 10 out of 11 games." ?@RealSkipBayless#UDin60 Brought to you by @Visa. Now you can tap to pay with Visa. pic.twitter.com/AkgjLU7GMA

But hey, at least Stephen A. Smith can admit he was wrong after he said he didn’t trust New England to win.

An annihilation taking place before our very eyes. A straight route. 4 possessions for @Patriots=4 TD?s. Why in the hell did I ever believe in these @Chargers. So pathetic. At least give us a game.#Jeez 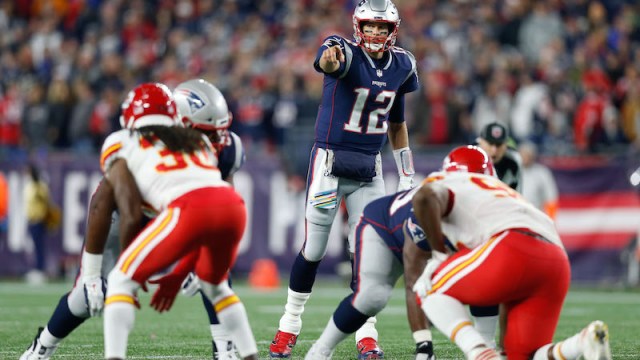 Patriots Vs. Chiefs Preview: Why New England Is Underdog In AFC Title Game 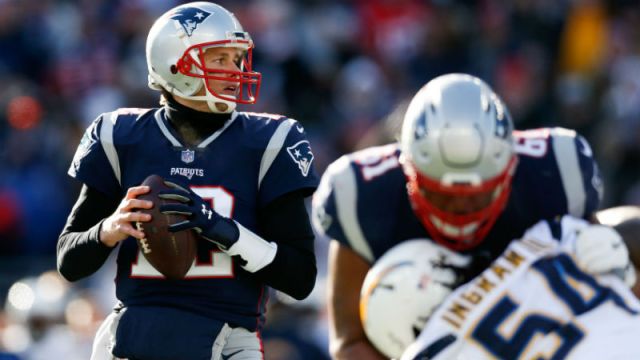