The New York Knicks are free falling in order to draft Duke’s Zion Williams, but the Phoenix Suns, Cleveland Cavaliers and Chicago Bulls are right behind them. Still, losing 17 games in a row is an impressive feat, and, as such, the Knicks currently occupy the NBA’s worst record and right to take Williamson in our first NBA mock draft.

Here are our first-round predictions with the trade deadline over. (Order is based on standings as of Feb. 12, 2019.)

1. New York Knicks — Zion Williamson, PF, Duke
Williamson is the most exciting NBA prospect since Anthony Davis, maybe even since LeBron James. He has had an unbelievable freshman season and the Knicks hope to make him part of a new core that includes future free agents Kevin Durant and Kyrie Irving.

3. Cleveland Cavaliers — Cam Reddish, SG, Duke
Dan Gilbert will be upset if his team doesn’t win the lottery for the fifth time in recent memory, but Reddish is a good consolation prize. The sharp-shooting guard had a rough start to his freshman season at Duke, but he’s come on of late and his shooting and defense would be a welcome addition to the Cavs.

4. Chicago Bulls — Ja Morant, PG, Murray State
Jim Boylen is probably going to draft whoever can do the most burpees in a 30-second period, but with the Duke Big Three off the board, the Bulls will take the talented playmaker out of Murray State. Morant has exceptional athleticism and great shooting touch, which will fit well next to Zach LaVine, Lauri Markkanen and Wendell Carter Jr.

5. Atlanta Hawks — Nassir Little, SF, North Carolina
Little has had an underwhelming season in Chapel Hill to this point, but make no mistake, the talent is there. His strength, downhill scoring ability and shooting touch to make him an enticing pick.

6. Memphis Grizzlies — Jarrett Culver, F, Texas Tech
One of the fastest-rising prospects in the draft class, Culver has assumed a lot of responsibility in Lubbock this season. Averaging 17.6 points per game, Culver is a great decision-maker with good scoring ability. He needs to improve his shooting, but he’s a good frontcourt mate for Jaren Jackson Jr.

7. Washington Wizards — Darius Garland, G, Vanderbilt
With John Wall out for the next 12 to 15 months with an Achilles tear, the Wizards must start building around Bradley Beal. Garland has a solid floor game but his scoring potential is what will make him and Beal a nice 1-2 combo.

8. New Orleans Pelicans — Romeo Langford, G, Indiana
It’s time for New Orleans to start thinking about life after Anthony Davis, whenever that is. Langford is a talented scorer, who can light it up on any given night. His outside shot will need a little bit of work, but he’s a good piece to start the post-Davis rebuild around.

9. Orlando Magic — Keldon Johnson, G/F, Kentucky
The Magic have spent years drafting players with similar skill sets who don’t fit together. That changes this year as Orlando selects Johnson, a talented three-and-D wing who has shown great athleticism in his lone season in Lexington.

10. Miami Heat — Kevin Porter, G, USC
When you get into this range, the prospects get a little tougher to identify. Porter has all the tools but has been limited by a thigh injury and a suspension this season. That said, Miami can’t pass on his scoring upside here.

11. Atlanta Hawks (via Dallas Mavericks) — Bol Bol, C, Oregon
With the Hawks having a core of Trae Young, Kevin Huerter, John Collins and the previously drafted Little, Atlanta rounds out its new starting five with the son of Manute Bol. Bol can stretch the floor with his shooting and is an elite shot blocker, so as long as his foot is healed, he will be a good fit next to Collins.

12. Minnesota Timberwolves — Rui Hachimura, F, Gonzaga
Hachimura has shown great improvement during his time in Spokane. Averaging 20.4 points on 60.6 percent shooting, Hachimura is an efficient scorer and a solid rebounder who will provide the Wolves with a rotation guy with big upside.

13. Los Angeles Lakers — De’Andre Hunter, G/F/ Virginia
Hunter is the type of prospect who could make an immediate impact on a contending team, which is exactly what the Lakers hope to become. Hunter is a lengthy, versatile forward who can knock down long-range jumpers.

14. Los Angeles Clippers — Jaxson Hayes, C, Texas
When all is said and done, Hayes might end up being the best rim-running big man in the draft. He’s a bit of a project but the Clippers can afford to give him a look.

15. Detroit Pistons — KZ Okpala, F, Stanford
After giving up on Stanley Johnson, the Pistons draft another lanky, athletic forward except this one can shoot. Okpala is averaging 18.1 points on 49.9 percent shooting and will be a good fit in Detroit.

17. Brooklyn Nets — Sekou Doumbouya, F, France
Doumbouya is a long-term project, but teams like his frame and his potential. It’s probably best for him to stay overseas for a year or two, but he could develop into a good NBA player.

18. Boston Celtics (via Sacramento Kings) — Brandon Clarke, F, Gonzaga
Depending on how the Celtics’ offseason shakes out, Boston might not need much help, but Clarke can is an athletic big man who can provide interior defense and rebounding.

19. San Antonio Spurs — PJ Washington, F, Kentucky
Washington would be a good bet to take Dante Cunningham’s minutes and can develop into a solid player if his 3-point shot continues to develop.

20. Utah Jazz — Daniel Gifford, C, Arkansas
Gifford has the look of a solid backup center who can anchor a defense while Rudy Gobert is on the bench. Gifford has a lot of natural talent, but his offensive skill set is limited but he has the length and build to be a good finisher around the rim.

21. Portland Trail Blazers — Louis King, G, Oregon
Long, rangy wings are all the rage in the NBA, so expect King to get a lot of love in this range. After recovering from a knee injury, the Ducks freshman has put his wide array of skills on display. He’s great off the dribble, has been shooting it well this year and is exactly what the Blazers need.

22. Cleveland Cavaliers (via Houston Rockets) — Jordan Poole, G, Michigan
The Cavs need all the help they can get and Poole is instant offense. He can fill it up from 3-point range and create his own shot off the dribble, making him a good option next to Collin Sexton and Reddish.

23. Boston Celtics — Luguentz Dort, G, Arizona State
Dort is a physical, aggressive guard who will need a little bit of work. He has great athleticism and ability to get into the paint, but at 6-foot-4, 215-pounds he struggles to defend smaller guards. Still, he could be molded into a solid bench piece for Boston.

24. Philadelphia 76ers — Jontay Porter, C, Missouri
The brother of Michael Porter Jr., Jontay is an intriguing prospect with good shooting touch and feel for the game. He projects as a good backup center who can run a nice two-man game with Ben Simmons when Joel Embiid is on the bench.

25. Oklahoma City Thunder — Ayo Dosunmu, G, Illinois
He’s a bit of a project, but the 6-foot-5 guard has the size, quickness and jumper to make him a first-round pick and good bench piece for OKC.

26. Indiana Pacers — Tre Jones, G, Duke
With Darren Collison and Cory Joseph set to be free agents, the Pacers need to add a point guard to hold down the backcourt with Victor Oladipo recovering from his quad injury. Jones is a good defender and floor general who will need to improve his shooting to be successful at the next level.

28. San Antonio Spurs (via Toronto Raptors) — Talen Horton-Tucker, G/F, Iowa State
Once you hit the late stages of the first round, teams are drafting on talent and potential and Horton-Tucker is full of that. The 6-foot-4, 238-pound freshman has shown a unique offensive skill set, showing the ability to attack off the dribble, make pull-up jumpers and be effective in transition.

29. Golden State Warriors — Tyler Herro, G, Kentucky
Herro will need to add some muscle in order to defend at the next level, but his scoring feel and ability to knock down contested jumpers off the dribble seems to be a good fit in the Bay Area.

30. Milwaukee Bucks — Admiral Schofield, G, Tennessee
The 6-foot-6, 241-pound guard has turned into a consistent shooter after decided to return to school and has played himself into first-round consideration. 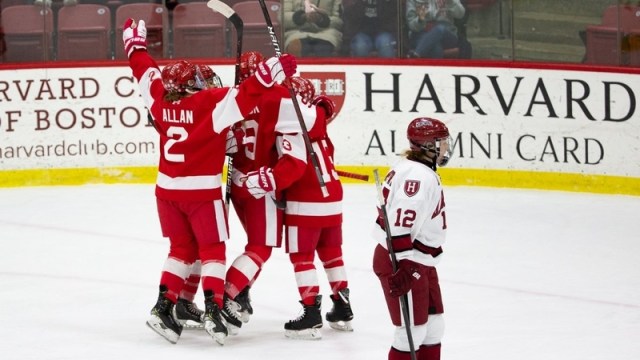 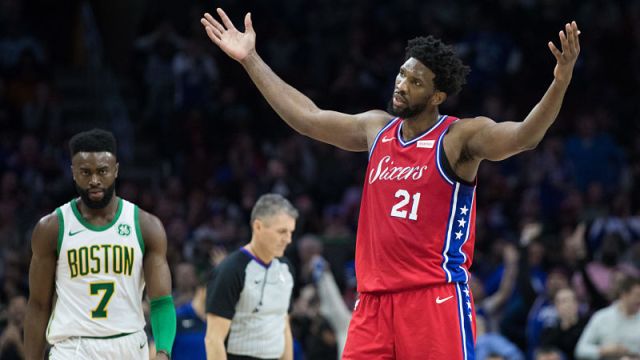 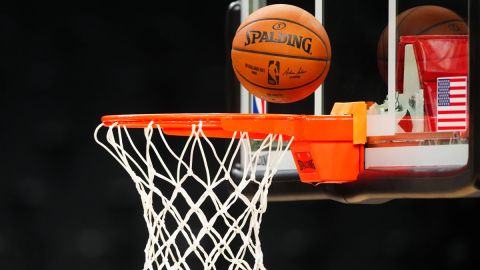