Wide receiver Julian Edelman was voted MVP of Super Bowl LIII after catching 10 passes on 12 targets for 141 yards in the Patriots’ 13-3 victory over the Los Angeles Rams at Mercedes-Benz Stadium.

“He just said he was proud of me,” Edelman said. “And that was big. He’s been an unbelievable guy to learn from. As a football player, as a professional, as a family man, the guy’s all-in, and that trickles down when you see leaders of your team do that, and it shows guys — like when I was a young guy — hey, he’s Tom Brady. He’s bringing in a quarterback coach still. He was a three-time champion at the time and still putting in the hours. And the same can be said for our coach.”

Edelman went on to recall one of his earliest interactions with Patriots head coach Bill Belichick, who spoke glowingly of the veteran wideout later in the presser.

“I remember going in and seeing Coach — I don’t know if he even remembers this — but I was a rookie, and it was, like 11 o’clock at night,” Edelman said. “And by the grace of God, we were walking out at the same time. I’d probably said maybe three words to him at the time before that. I was on the team for, like, six months.

“And I just looked at him, because I saw him on the treadmill watching film at 10 o’clock at night, and I go, ‘Coach, you sure like football, huh?’ And he goes, ‘It beats being a plumber. See you tomorrow.’ At the time, he was three-time Super Bowl-winning head coach and two-time winning assistant coach. When you see guys do that, it’s going to rub off. And if it doesn’t, you’re probably not going to be there.”

Belichick appreciated Edelman’s sentiments, though his memory of that particular exchange differs slightly.

“First of all, I think Julian might have misquoted me,” the coach said with a smile. “I have a ton of respect for plumbers. I can barely turn the water on myself. Those people do a great job. I think I said, ‘It beats working.'”

Brady also had high praise for Edelman when speaking with reporters after Sunday’s game.

“He played the best game he has all year,” the quarterback said. “I’m so proud of him.”

Edelman was the first non-Brady Patriot to earn Super Bowl MVP honors since receiver Deion Branch did so in Super Bowl XXXIX against the Philadelphia Eagles. 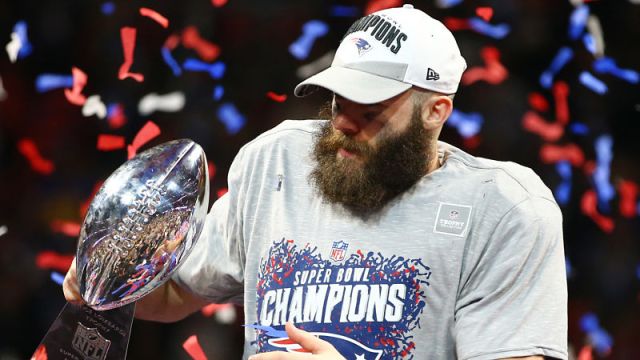 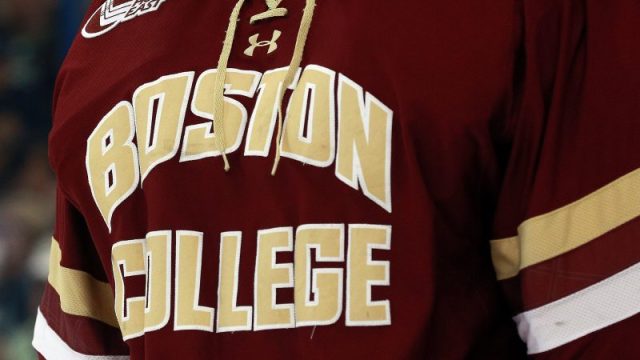