With Malcom Brown and Danny Shelton both set to hit free agency when the NFL league year opens Wednesday, defensive tackle stands out as one of the New England Patriots’ greatest offseason needs.

Neither Brown nor Shelton has ruled out the prospect of re-signing, but if the Patriots choose to look elsewhere to shore up their defensive line, here are 10 potential candidates:

An end in the Jets’ 3-4, Anderson turned in a career year after signing a one-year prove-it deal last spring. His interior pass-rushing prowess is enticing.

The Eagles last week declined Jernigan’s contract option, which would have paid him $13 million this season. An offseason back injury sidelined the former Baltimore Raven for the majority of the 2018 campaign, so expect his next deal to be a more affordable one.

Jackson made it through half of the six-year, $85.5 million mega-deal he signed with the Jags in 2016 before being released Friday. A Pro Bowler in 2017, his numbers and playing time both diminished this past season.

A solid run defender, Pennel will be a free agent after the Jets declined to pick up his option, which would have locked him up for the next two years. Pennel was suspended twice during his time with the Green Bay Packers for substance abuse violations but played every game in his two seasons in New York, including seven starts in 2018.

Covington set career highs in sacks and QB hits this past season despite missing four games.

Before the Patriots’ divisional-round matchup with the Chargers, Tom Brady called the veteran Mebane one of the best run defenders he’s ever played against. He’s getting up there in age, though, and hasn’t been a dominant player in recent years. Mebane is one of several Chargers D-tackles set to hit the open market this week.

Philon is relatively young and can rush the passer (8 1/2 sacks, 18 QB hits over the last two seasons). He played under Patriots assistant Bret Bielema and alongside Pats D-linemen Trey Flowers and Deatrich Wise at Arkansas.

The third Charger on this list, Liuget was suspended for the first four games of the 2018 season after being popped for PEDs, then landed on injured reserve in November after tearing his quad. LA declined to pick up his contract option last month but expressed interest in re-signing the 2011 first-round pick.

Suh, who was not particularly well-liked by Patriots players during his stint with the Miami Dolphins, is back on the market after one season in LA. He’s no longer the tornado of destruction he was earlier in his career, but he’ll still be one of the better defensive tackles available this spring and should command a hefty paycheck. 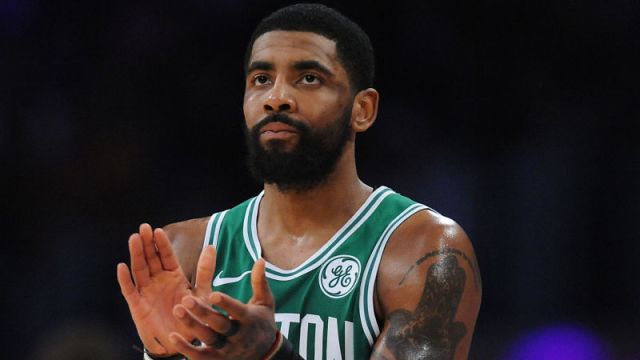 Celtics’ Kyrie Irving Reveals He ‘Did Some Coaching’ On Team Flight