Speaking with reporters Tuesday at Gillette Stadium, the veteran fullback said being snubbed from the NFL’s annual all-star game last season — despite improving on his 2017 Pro Bowl campaign in every statistical category — didn’t matter to him.

“No,” said Develin, who lost out to Kansas City’s Anthony Sherman in Pro Bowl voting. “No. I was happy to be in the Super Bowl. That?s the real bowl we?re playing for. I didn?t really pay any attention to that. I was just happy to be playing in early February.”

Develin played a vital role in the Patriots’ run to Super Bowl LIII, during which the team morphed into a power-running outfit focused on bullying opposing defenses up front. New England rushed for eight touchdowns during its three postseason victories, and Develin served as a lead blocker on all eight of them, including Sony Michel’s Super Bowl game-winner.

Even before the playoffs, Develin enjoyed a larger role in New England’s offense than he had in any of his previous seasons. The 30-year-old set a new career high with 12 receptions on 17 targets for 61 yards and also found success in an unexpected stint as New England’s goal-line back, scoring four short-yardage touchdowns over a four-game span to up his career total to five. 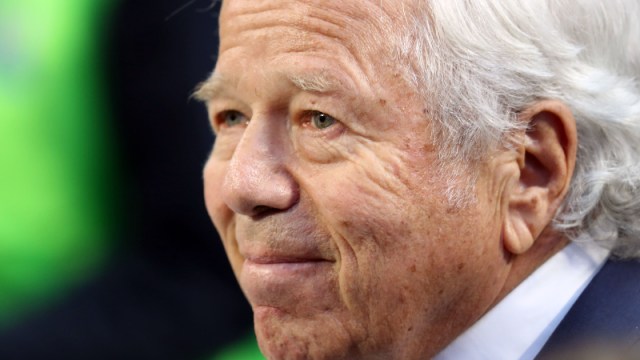