It sounds as if the Kemba Walker era in Boston is inevitable at this point.

ESPN’s Adrian Wojnarowski reported Thursday morning the Celtics emerged as the front-runner for the free-agent point guard, a report he doubled down on later in the day during a radio spot on WEEI-FM. Not long after that, ESPN talking head Stephen A. Smith took it one step further, reporting on his radio show that Walker has informed the Charlotte Hornets he doesn’t intend to re-sign.

“My sources tell me that Kemba Walker has informed the Charlotte Hornets and Michael Jordan he does not want to be there,” Smith said. “He was offered a five-year deal, it was not the supermax deal he was qualified for, it was somewhere in the ballpark of $160-plus million, still about $20 million more than the Boston Celtics could offer him, but Kemba Walker is going to be a Boston Celtic.”

That would obviously be great news for the Celtics, who are left looking for a new point guard with just about everyone in agreement Kyrie Irving is leaving Boston to sign with the Brooklyn Nets. Walker doesn’t fulfill all the Celtics’ current needs, and he’s not quite the player Irving is, but there is a case to be made that he’s a better fit in Brad Stevens’ system. 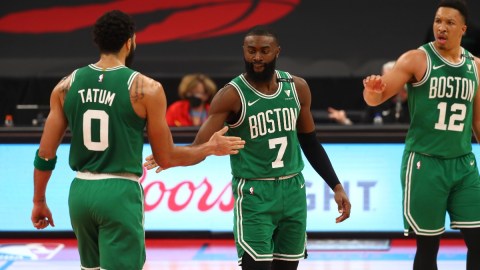