The worst-kept secret in hockey is now out: Zdeno Chara indeed broke his jaw during the Stanley Cup Final.

The Boston Bruins confirmed the injury Friday afternoon at the club’s breakup day, two days after losing to the St. Louis Blues in Game 7 of the Cup Final.

Zdeno Chara, meeting with reporters during the #NHLBruins end-of-season media availability, confirms he had multiple fractures to his jaw. Expected recovery is 5-6 weeks. pic.twitter.com/Sa07lcZkOh

Chara told reporters he actually suffered multiple fractures after taking a puck in the face during Game 4 in St. Louis. CBS Sports’ Pete Blackburn said he heard Chara’s jaw was broken in two places — one on each side of his face — and had to have pins placed in his jaw after the right side was separated into two parts.

Sat on this but this is what I heard about Chara's jaw:

-Broken in 2 places, left and right side of his face
-Right side was separated into 2 parts
-Pins placed in his jaw https://t.co/ygp57zKaDl

Zdeno Chara has several plates in his jaw and wiring in his mouth. Was mostly on a liquid diet.

Despite the painful-sounding injury, Chara essentially just missed one period of hockey. He was back in the lineup for Game 5 and played the rest of the series.

The broken jaw made it easy to forget Chara also missed Game 4 of the Eastern Conference Final. He told reporters Friday he was dealing with a lower-body injury that will require an MRI. 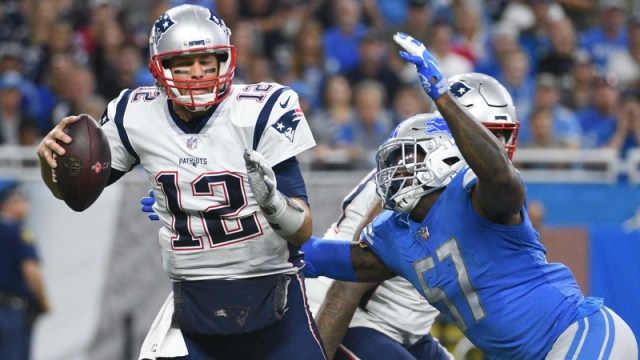 Patriots To Join Lions For Joint Practices Ahead Of Preseason Matchup 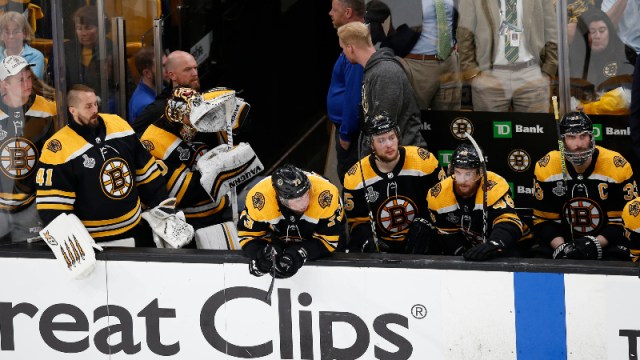