Jayson Tatum serves to play a major role for the Boston Celtics next season alongside All-Star point guard Kemba Walker.

The 21-year-old wing recently joined the Jordan Brand team and went to Paris, France for a sponsored event. Walker, also part of Jordan Brand, was present, and Tatum feels like their time together overseas played a role in getting the former Charlotte Hornets guard to Boston.

“I’m very excited,” Tatum told reporters in Boston at the release of his new cologne, per ESPN. “I think I had a big part with him coming here. I was with him in Paris.”

He made sure to clarify that he didn’t outright tell him to come to Boston, but he certainly sold the situation.

“I never told him to come, but I told him I would love for him to join the team and told him how it was,” he said. “Obviously everybody has to do what’s best for themselves, and I’m happy for him. … I just told him about Boston, the city, the atmosphere, our fans, the culture, the coaching staff. I answered all the questions he had.”

Tatum is expected to start alongside Walker, as the two should act as Boston’s two main producers on the offensive end. The Duke product averaged 15.7 points and six rebounds on 45 percent shooting in his second professional season.

“I’m excited, and just ready for the season to start and everybody to be around each other and build some chemistry and just get it going.” 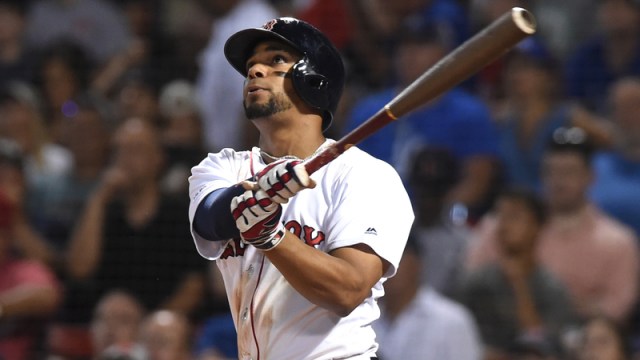